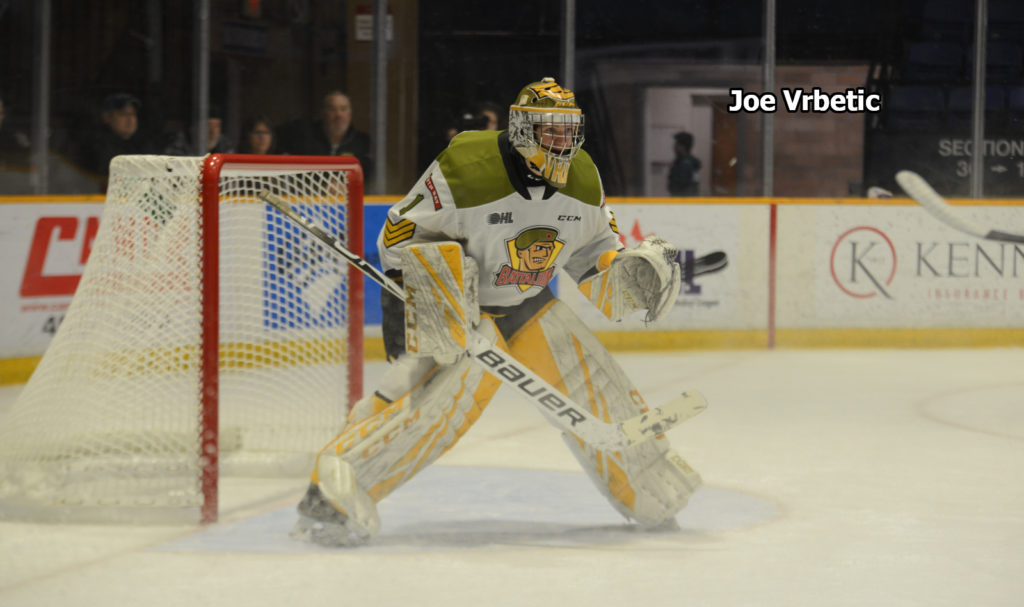 The Montreal Canadiens, for whom Laval serves as the AHL affiliate, selected Vrbetic, who turns 20 on Oct. 24, in the seventh round of the 2021 National Hockey League Draft.

A second-round choice in the 2018 Ontario Hockey League Priority Selection from the Don Mills Flyers minor midgets, Vrbetic played 88 games with the Battalion over two-plus seasons, posting a won-lost-extended record of 43-35-7, a goals-against average of 3.52, a save percentage of .893 and four shutouts.

In eight playoff games this year, when North Bay advanced to the Eastern Conference final against the eventual OHL champion Hamilton Bulldogs, Vrbetic, a Hamilton native who stands six-foot-six and weighs 188 pounds, won six of seven decisions with a 3.88 GAA and an .872 save percentage.

“We’re very proud of Joe regarding his big news,” said general manager Adam Dennis. “He’s come a long way since he came to North Bay as a 16-year-old and has earned this opportunity. We look forward to watching Joe as he progresses through his professional career.”

With Vrbetic moving to the pro ranks, 18-year-old Dom DiVincentiis figures to assume the mantle as No. 1 goaltender, with a rookie backup. The Winnipeg Jets chose DiVincentiis in the seventh round of the NHL Draft on July 8.

“Joe’s promotion paves the way for Charlie Robertson, our 2021 seventh-round pick,” said Dennis. “We feel Charlie can provide stability as a young goalie behind Dom for a formidable tandem.”

Robertson, a London native who turned 17 on April 2, played last season for Ridley College of St. Catharines after being selected from the London Jr. Knights U16 team. He stands six-foot-two and weighs 161 pounds.

Laval also announced the signing of goaltender Philippe Desrosiers, 26, who played in 2021-22 with the ECHL’s Trois-Rivieres Lions and saw brief action with the Manitoba Moose of the AHL.

Battalion rallies to win
10 hours ago