And the lottery says … 11th 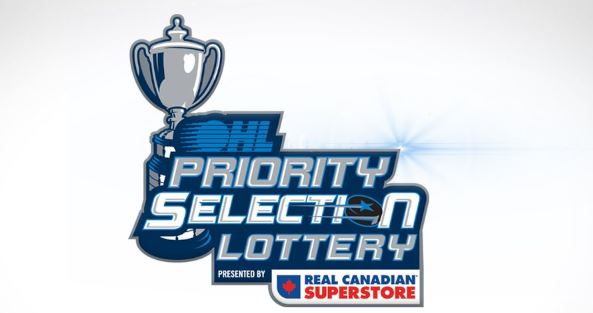 NORTH BAY, Ont. — The North Bay Battalion will exercise the 11th overall pick in the first round of the 2021 Ontario Hockey League Priority Selection.

OHL vice-president Ted Baker made the announcement Wednesday night on the league’s YouTube channel coverage of the results of the first-ever OHL Priority Selection Draft Lottery.

The order of selection in the 15-round process normally consists of the inverse order of the previous season’s overall standings, with non-playoff teams guaranteed the first four spots. But the 2020-21 season was cancelled because of the coronavirus pandemic, leading the OHL to adopt the lottery.

The Sudbury Wolves were the big winners, landing the No. 1 selection, with the Oshawa Generals and Guelph Storm second and third respectively.

Member clubs participating in the first round each had an equal chance of securing the first overall pick, with the order of selection determined by a computerized random-number generator procedure overseen by Robert Bayne, a partner with the law firm of Filion Wakely Thorup Angeletti.

The Niagara IceDogs, who had been stripped of their first-rounder because of a player-recruitment violation, were announced after the fact as holding the nominal 15th position in the opening round.

“It was certainly an entertaining process, and we feel with the 11th pick we can get a very good player,” said Adam Dennis, the Battalion’s general manager. “Our staff has put in the work, and we look forward to the Priority Selection.”

Unlike previous years, the process will see member clubs select in a snake arrangement, with the order of selection in the first round reversed for the second round and alternating with each round thereafter. The Troops will select 10th in even-numbered rounds.

The 2021 OHL Priority Selection presented by Real Canadian Superstore is scheduled to be held Friday and Saturday, June 4-5, live online at ontariohockeyleague.com.

For the first time since the process was moved to the internet in 2001, it will be held over two days, with the first three rounds June 4 starting at 7 p.m. Rounds 4 through 15 will take place June 5, starting at 9 a.m.

Because of trades, the Battalion holds 20 picks. The club, which has its own selection in every round except the fifth, owns the Sarnia Sting’s second-round choice, Oshawa’s third-, fourth- and sixth-round picks, the Kitchener Rangers’ 10th-rounder and the Kingston Frontenacs’ 12th-rounder.

North Bay selected defenceman Ty Nelson of the Toronto Jr. Canadiens with the No. 1 pick in April last year after finishing last overall in the 2019-20 season, which was cut short by the pandemic. Given the cancellation of the most recent season, Nelson, who turned 17 on March 30, has yet to make his Battalion debut.

The 2021 OHL Priority Selection primarily will see the top-ranked players born in 2005 within the OHL’s selection area eligible to be chosen.