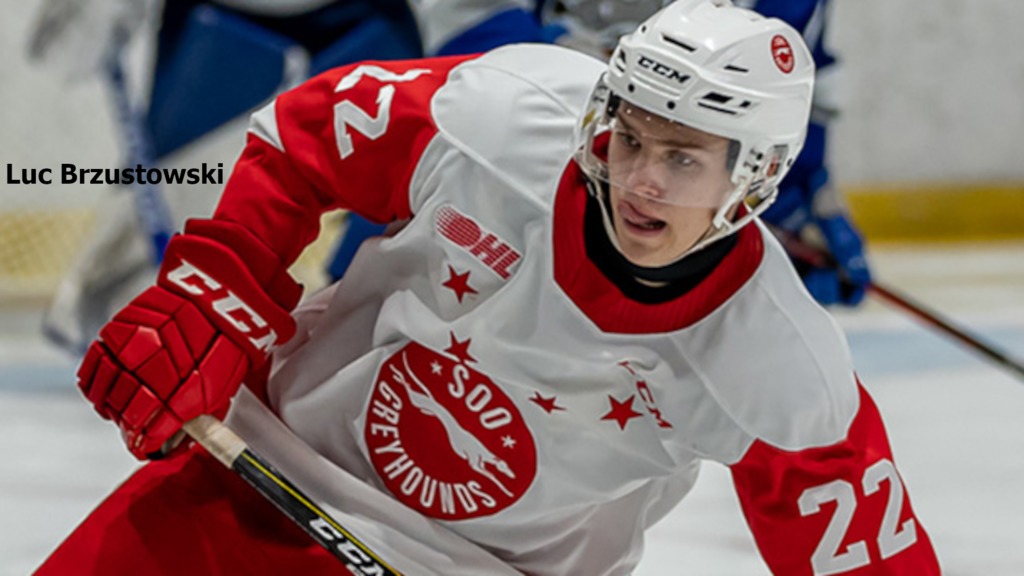 North Bay sent the Greyhounds two fourth-round OHL Priority Selection picks, its own in 2024 and a 2025 choice that originally belonged to the Kingston Frontenacs.

Brzustowski, who turned 19 on Feb. 15, is a six-foot-one, 180-pound left shot who was a sixth-round pick in 2019 from the Kitchener Jr. Rangers minor midgets.

He has played 12 games this season, scoring one goal and drawing six minutes in penalties.

His playing time was curtailed when he suffered a seizure in a 6-1 road loss Oct. 30 to the Ottawa 67’s. Brzustowski was exiting the Soo zone along the left boards when he was checked by Tyler Boucher. Brzustowski fell awkwardly onto his back and was in obvious distress. Paramedics took him off the ice on a stretcher.

“He’s a steady, defence-first defenceman, a puck-moving defenceman who’ll be able to eat minutes. He’s a character kid that the Soo will miss. He was a top-four D for them, and he’ll add to our depth.”

Brzustowski, who was to arrive at North Bay with the Greyhounds, is scheduled to skate with the Troops on Thursday morning.

The Battalion has had two defencemen sidelined in recent weeks, in veterans Tnias Mathurin and Avery Winslow. Mathurin, who has played in one game this season, is recovering from a shoulder problem, while Winslow is dealing with a cut to an ankle. Neither has a known date for return.

“I know Winslow’s getting looked at a little bit more, but not sure when he’ll be able to return on the ice,” said coach Ryan Oulahen. “I think he’ll probably be the quickest to return, but outside of that we’re pretty much status quo.”

Right winger Kyle McDonald also has been sidelined. He has suffered back spasms.