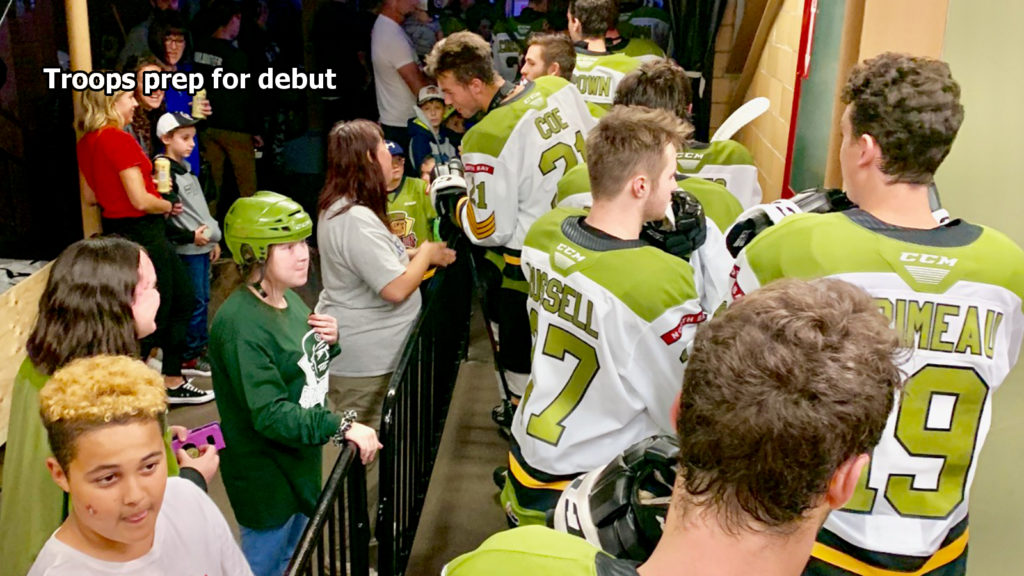 NORTH BAY, Ont. — Matej Pekar scored two goals to lead the Barrie Colts to a 3-0 victory Friday night over the North Bay Battalion in the Ontario Hockey League season opener for both clubs.

Goaltender Jet Greaves made 29 saves for his second career shutout, and Aidan Brown provided the other goal in the battle of Central Division rivals.

The Battalion, the youngest team in the league, came out strong in the first period, playing at a quick pace and forging a 14-9 edge in shots.

But the Troops early proved an inability to beat Greaves, with Brandon Coe enjoying perhaps the best chance when he found himself alone in the goalmouth and failed to connect on a backhander.

Pekar struck for the only goal Barrie would need 58 seconds into the middle period, seizing his own rebound at close range on the left side, circling the net and emerging at the right edge to knock the puck home. Nathan Allensen and Jason Willms, with his first of two, contributed assists.

Greaves denied Brad Chenier with a good blocker save in the fourth minute, and the Battalion went to the power play after Tyler Tucker was assessed a tripping penalty at 3:24. But Brown broke up a Braden Henderson play inside the Barrie blue line and raced off on a shorthanded breakaway to beat Vrbetic between the legs at 4:56 for a 2-0 lead.

Chenier, in his first game as Battalion captain, threatened again in the sixth minute, proving one of several Troops who couldn’t capitalize with Greaves sprawling.

Coe slipped to the goalmouth alone in the 10th minute and fired high. Kyle Jackson then failed to cash a rebound at 10:08 as Greaves went down. Chenier had a chance to tuck the puck home off a drive off the left wing in the final few seconds.

Barrie connected quickly after the next intermission as well, with Pekar ripping the rebound of a right-point shot past Vrbetic from the mid slot 37 seconds into the third period. Tucker and Willms were credited with the assists.

North Bay managed only six shots in the final frame and served the only penalty, after Cameron Peters drew a checking-from-behind call at 7:05.

The Battalion visits the Sault Ste. Marie Greyhounds at 7:07 p.m. Saturday to complete weekend play. The game can be heard on Country 600 CKAT.