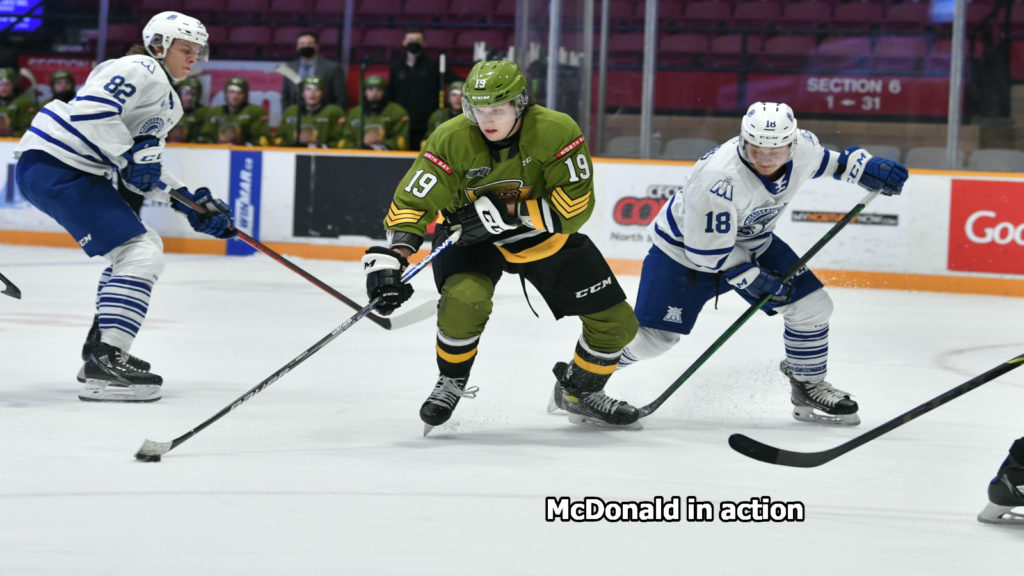 NORTH BAY, Ont. — A Memorial Gardens devoid of spectators was hollow, but the North Bay Battalion brought life to it Thursday night.

Matvey Petrov and Simon Rose scored in a four-round shootout to give North Bay a 4-3 victory over the Mississauga Steelheads, snapping the Troops’ season-high six-game Ontario Hockey League losing streak.

Mitchell Russell scored the three Battalion goals, while goaltender Joe Vrbetic made 36 saves through overtime as the Troops, missing several regulars and dressing three call-ups, improved their won-lost-extended record to 17-11-4 for 38 points, pulling within three of first-place Mississauga in the Central Division. North Bay had gone 0-4-2 since a 5-4 overtime decision Dec. 9 over the visiting Sault Ste. Marie Greyhounds.

Brandon Coe, the OHL’s scoring leader with 20 goals and 35 assists for 55 points, was scratched because of illness, leaving Russell, Rose and Ladd as the three-man overage contingent in the lineup. The number of overagers on the roster must be reduced to three Friday.

Among other Troops not dressed were Paul Christopoulos, Avery Winslow, Ty Nelson and Kyle Jackson.

The game was played in an arena without spectators after the provincial government banned the public from indoor sports venues through Jan. 26 in an effort to curtail the surge in omicron infections during the coronavirus pandemic.

Kai Schwindt, Zakary Lavoie and James Hardie scored for Mississauga as goaltender Roman Basran faced just 16 shots through overtime. The Steelheads are 19-7-3 for 41 points atop the division, Eastern Conference and league. Mississauga saw the end of a four-game winning streak.

Russell gave the Battalion a 3-2 lead at 1:44 of the third period, cutting off the left wing to the net and beating Basran under his left leg. It was Russell’s 20th goal of the season, tying Petrov and Coe for the team lead.

Hardie tied it at 5:33, crossing the goalmouth to backhand the puck home.

After the Battalion failed to score on the only two power plays of the game, late in the third period and in overtime, Basran denied Russell to start the shootout. Petrov scored before McDonald was stopped and Rose connected on a backhand. For Mississauga, Hardie was foiled before Luca DelBelBelluz scored and Owen Beck and Lavoie were stymied.

Schwindt struck first at 8:44 of the first period after DelBelBelluz won a battle for the puck on the end boards and fed it in front for a quick conversion.

Russell replied at 11:34, working his way across the crease past the kneeling Basran and sliding the puck home from the left side. Dalyn Wakely and Rose assisted.

Russell scored again 3:04 later. Wakely carried the puck along the goal line to Basran’s left and deftly slipped it to the cruising Russell, who ripped it home. Petrov had the second assist.

The Troops spent the second period on their heels, being outshot 15-0, and Lavoie broke through at 19:02, tying it 2-2 from the top of the right circle off a Beck pass from deeper on the wing.

The Battalion visits the Barrie Colts at 7:30 p.m. Saturday. The game can be seen live in North Bay on YourTV Channels 12 and 700.

BATTALION BULLETS: With the calendar turned to January, the Battalion wore its green sweaters and socks at home, and the visitors sported white-based uniforms … Petrov is second in OHL scoring with 53 points from 20 goals and 33 assists. He has a five-game points streak in which he has one goal and eight assists for nine points … Russell has a five-game points streak in which he has six goals and four assists for 10 points … The Battalion also scratched Owen Van Steensel, who was named the division’s academic player of the month for December. In Grade 12 at Chippewa Secondary School, he earned an 80-percent average in university-level advanced functions, 71 percent in biology and 96 percent in kinesiology … Up from the junior A ranks were Wyatt Kennedy, Christian Stevens and Rodion Tatarenko … The Troops’ Owen Outwater turned 17 on Tuesday … The Battalion sent forward Josh Currie and three OHL Priority Selection picks, a second-rounder in 2022, a third-rounder in 2023 and a conditional fourth-rounder in 2023, to Windsor. The 2022 pick originally belonged to the Owen Sound Attack, while the confirmed 2023 pick had been Sault Ste. Marie’s. The conditional choice originated with the Oshawa Generals. North Bay got Tarasevich for a 2022 eighth-rounder that originated with the Kitchener Rangers … The overager trade deadline is noon Friday, while the regular deadline falls at noon Monday. 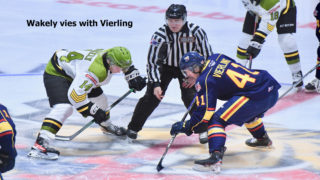