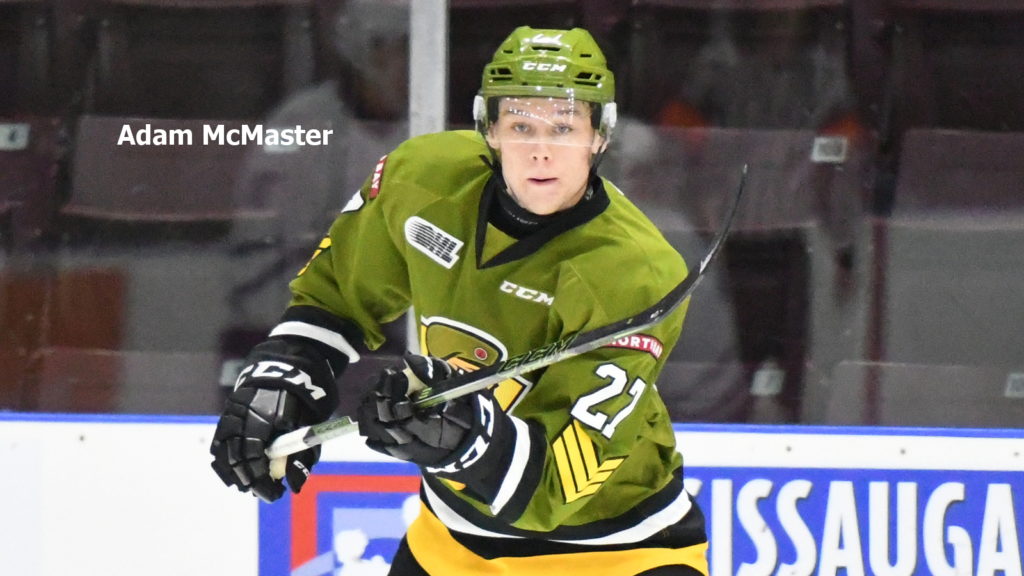 NORTH BAY, Ont. — The North Bay Battalion hosts the Hamilton Bulldogs at 7 p.m. Thursday in the annual Pink in the Rink game in support of the Canadian Cancer Society and, while he’s hardly tickled pink, coach Stan Butler has seen some improvement in the Troops’ performance recently.

“I think we’re just playing a little bit better,” Butler said Wednesday. “Any season for us, it takes us a while to get going, and I think slowly our guys are learning how as a group we need to play to be successful, and that’s what we’re trying to strive for right now.”

With Brett McKenzie scoring two goals, including the late third-period winner, the Battalion downed the Niagara IceDogs 4-3 Monday for its first home-ice win of the Ontario Hockey League season and a second straight victory after a 4-2 conquest of the Sault Ste. Marie Greyhounds on Saturday night.

“Sometimes on the road you get more effort from the guys, because at home people are a little bit nicer to you, and on the road you don’t really want to hear their fans cheer too much, and if you don’t play very well, obviously, they’ll score a lot of goals and you’ll have to listen to them,” noted Butler.

The Battalion, with a won-lost-extended record of 3-3-0, faces a Hamilton team that leads the East Division and Eastern Conference at 5-1-0. The Bulldogs scored 34 goals through play on the long weekend, second only to the Kitchener Rangers’ 35.

“The only way you can stop their offence is to have the puck more than they do, so that means we’ve got to check well up the ice and we’ve got to try to manage the puck to the point where they don’t have it all the time,” said Butler.

The Troops complete the week by visiting the Ottawa 67’s on Saturday and the Kingston Frontenacs on Sunday.

“I said earlier that I thought our first 10 games were a pretty, pretty tough 10 games, and this weekend’s no different,” said Butler. “We get Hamilton in here, who statistically right now is the top team, starting, in the league on our side, and then you go play a tough road trip, Ottawa-Kingston, and you’re going to Ottawa on the day of the game, so the boys are getting up at 6:30, seven, in the morning and going from there.”

Butler suggested that, while the Bulldogs pose a formidable threat, his priority is getting a handle on the Battalion’s status.

“I know they’re a good team, but right now my focus is totally on our team. I’ve always believed that, as a head coach, your focus until Christmas time is not about anybody’s team but your own. I’ve got to get our team to a certain level, and that’s my job. The assistant coaches prepare them a little bit more for what they’re up against with the other team, but I think my job as the head coach is as a big-picture person.”

While the Troops got ready for the Bulldogs, Hockey Canada announced that centre Adam McMaster, North Bay’s first-round pick in the OHL Priority Selection on April 9, is one of 66 players named to represent Canada in the World Under-17 Hockey Challenge, scheduled Oct. 30 to Nov. 5 at Sault Ste. Marie.

Canada Red, Canada Black and Canada White are to participate in the eight-team tournament, which also features entries from the Czech Republic, Finland, Russia, Sweden and the United States.

McMaster, a resident of Beamsville, Ont., who played last season for the Niagara North Stars minor midgets, has three assists in five games in his rookie campaign.