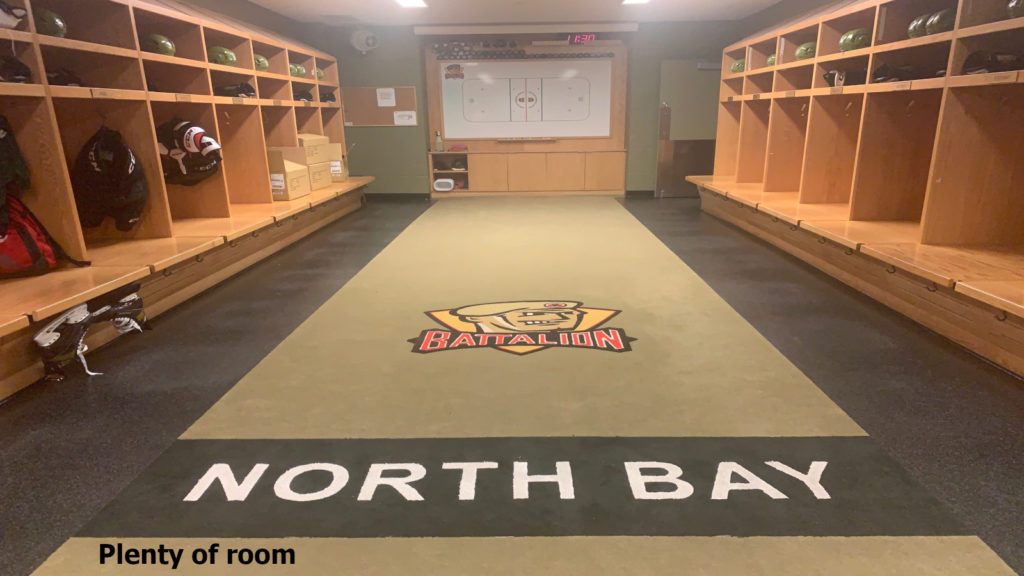 NORTH BAY, Ont. — A total of 49 skaters and goaltenders were in attendance Monday when the North Bay Battalion opened its four-day Ontario Hockey League training camp.

A total of 42 choices in the OHL Priority Selection accounted for the bulk of veterans and prospects at the camp opening.

Sixteen were selected in 2022, including first-round pick Ethan Procyszyn, a centre who played last season for the North Central Predators U16 team. A further 14 were named in 2021, eight in 2020 and four in 2019. Among that quartet is left winger Justin Ertel, who joins the Troops this season from Cornell University of Ithaca, N.Y.

Two players’ rights were acquired in each of the 2022 and 2021 OHL Under-18 Priority Selections, while another two, wingers Kyle McDonald and Nikita Tarasevich, arrived in trades last January and one, defenceman Thomas Sefton, who played last season with the North Bay Trappers U18s, is a free-agent invitee.

Green and White play the first of five intrasquad games at 10 a.m. Tuesday, with the second at 5 p.m. Admission is free to all intrasquad games, two of which are scheduled Wednesday and another Thursday.