Battalion quintet off to NHL camps 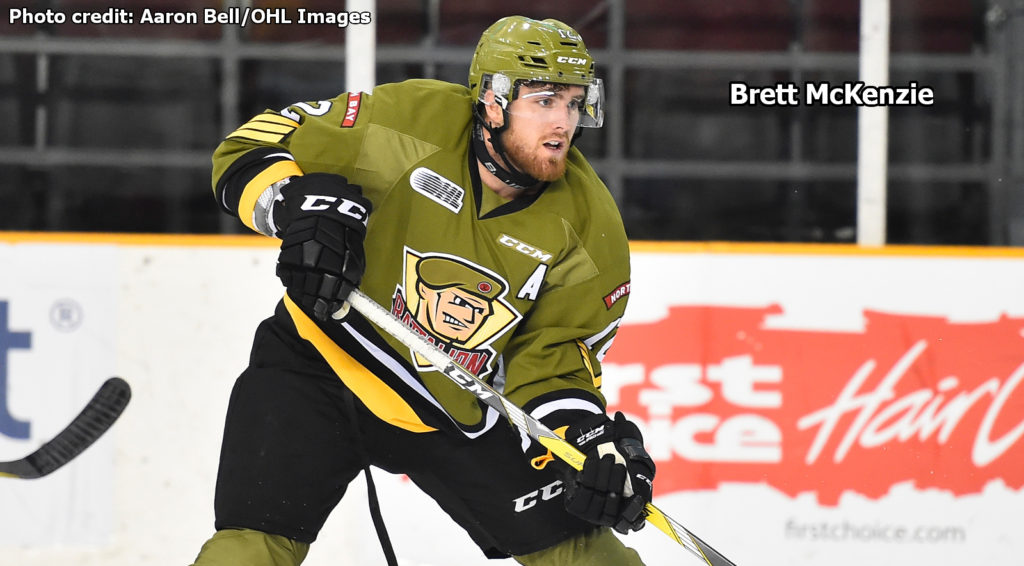 Overager McKenzie, who scored 29 goals and earned 38 assists for 67 points in the 2016-17 Ontario Hockey League season, was a seventh-round pick by Vancouver in the 2016 NHL Draft. Dineen, who was limited by a knee injury to 29 games last season, was selected by Arizona in the third round of the same draft.

Any of the five players may be delayed in returning to the Troops if they receive invitations to their respective NHL main camps.

The Battalion, which won two of three games at the inaugural OHL Pre-Season Showcase at Buffalo last weekend, plays its fourth of six exhibition games against the host Sudbury Wolves next Wednesday night.