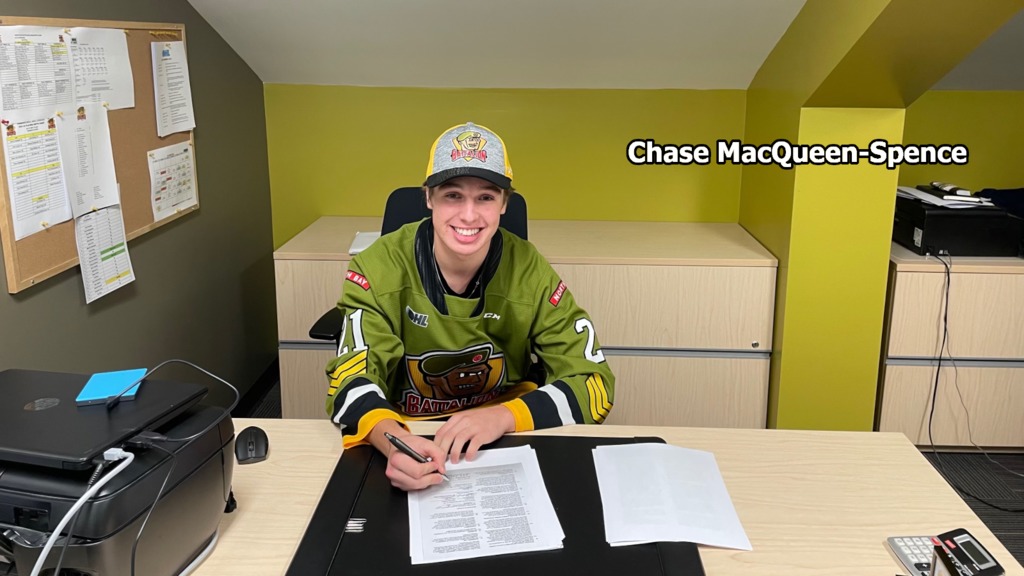 The Battalion picked left winger MacQueen-Spence in the fourth round of the OHL Priority Selection in June from the Elgin-Middlesex Chiefs under-16s.

In 2019-20, he scored scored 16 goals and earned as many assists for 32 points in 32 games with the Elgin-Middlesex under-15s. He is playing this season with the junior A Powassan Voodoos of the Northern Ontario Junior Hockey League, scoring three goals and adding five assists for eight points in his first seven games, and is slated to stay with that club.

“Chase came in right from the start of camp and impressed with his speed and skill,” Battalion general manager Adam Dennis said of the five-foot-nine, 150-pound London resident.

“He’s continued that with Powassan, and we look forward to helping him with his development.”

MacQueen-Spence said he’s ready to work to get to the OHL.

“Signing with the Battalion is an unbelievable feeling and is something I’ve worked for my entire hockey career. I’m looking forward to what the future holds with the team, being part of this great organization and being an active contributor to the team’s success.

“I plan on bringing my skill, work ethic and winning mentality to the team and doing whatever it takes to help the team win.”