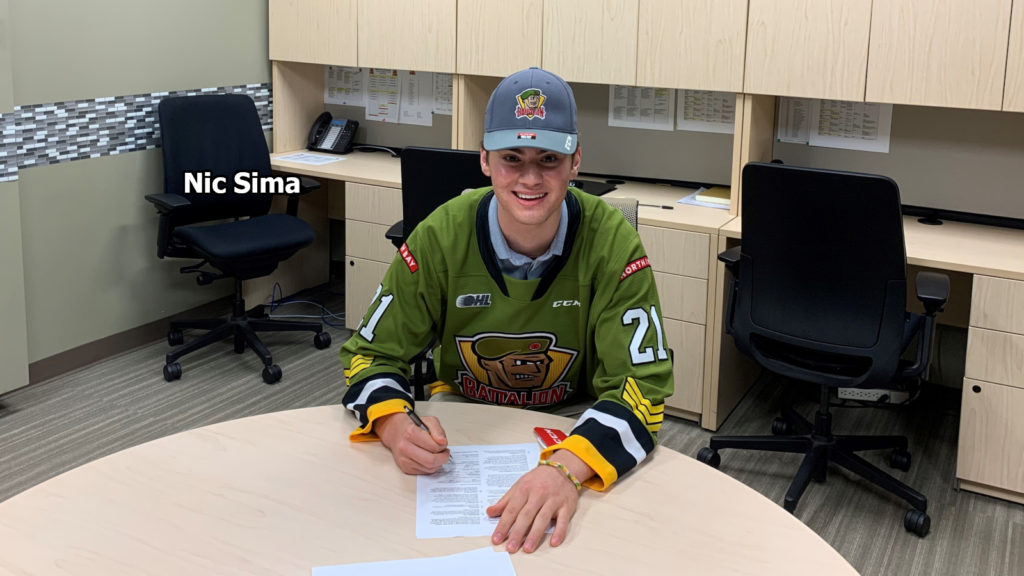 NORTH BAY, Ont. — Nic Sima, the North Bay Battalion’s second-round pick in the Ontario Hockey League Priority Selection in June, has signed a standard player’s agreement, including an education package, with the club, it was announced Monday.

Right winger Sima, the 27th overall selection, was chosen from the Toronto Jr. Canadiens U16 team. The Mississauga resident scored 14 goals and earned 13 assists for 27 points in 31 regular-season games in the Greater Toronto Hockey League in 2019-20 before the coronavirus pandemic curtailed hockey. He turned 16 on March 31.

North Bay has signed its top three 2021 choices, including first-round pick Owen Outwater and third-rounder Anthony Romani, both of whom are centres. Outwater was taken 11th overall from the Oakville Rangers and Romani at No. 41 from the Jr. Canadiens.

“It was actually pretty hard in the beginning, being so used to being at the rink every day and going out there with your boys, and now you can’t really do anything — you’re stuck at home,” Sima, who visited the Gateway of the North on the weekend, said of the year without a conventional hockey season.

“Keeping motivated to be optimistic to be back next season really is what kept me going, but it was actually mentally really hard.”

General manager Adam Dennis, who noted in the aftermath of the OHL Priority Selection that Sima “oozes character,” said he sees great potential in him.

“Nic was probably our first interview this year and, to be honest with you, he set the bar for the rest of the interviews. It was always how it compared to Sima’s interview, and I think he’s going to bring a ton of leadership, work ethic, character, and I don’t think there’s a limit to what he can do in this league. He’s a hard worker.”