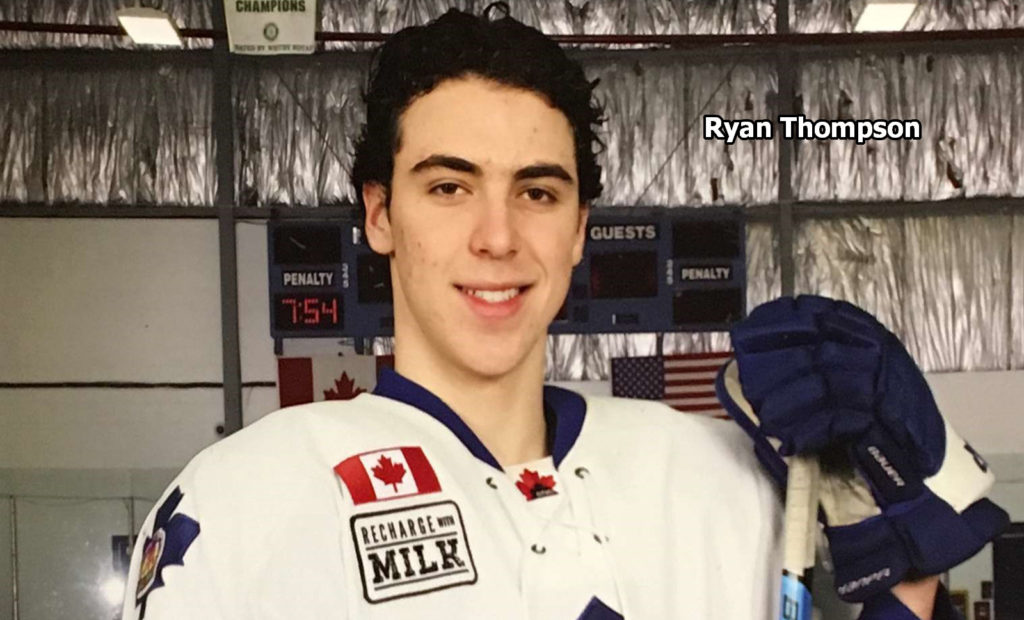 NORTH BAY, Ont. — The North Bay Battalion selected defenceman Ryan Thompson of the Toronto Marlboros midgets in the first round of the third annual Ontario Hockey League Under-18 Priority Selection on Wednesday night.

Thompson, a right shot taken eighth overall, was the first of three picks the Battalion made in the process, which drew on players who played last season on midget AAA teams in the Ontario Hockey Federation, Hockey Eastern Ontario or Hockey Northwestern Ontario and who weren’t on the protected list of any Canadian Hockey League club, including those in the Quebec Major Junior Hockey League and Western Hockey League.

North Bay also selected goaltender William Nguyen of the Nepean Raiders in the second round, 28th overall, and left-shot centre Justin Dauphinais of the North Bay Trappers in the third round at No. 48.

“He’s confident at handling and carrying the puck. He makes clean, direct passes. He has a physical component and an edge to his game. He distributes the puck pretty well and has a very heavy shot. He’s not afraid to clear a man out in front of the net. He has an offensive dimension to his game as well.”

In 31 games with the Trappers, he had 26 goals and 25 assists for 51 points. He also played three games with the Kirkland Lake Gold Miners of the Northern Ontario Junior Hockey League without registering a point.

“Justin plays special teams, and he’s a trustworthy player that can be out in all key situations,” noted Rabideau.

The two-round process was conducted over the Internet in inverse order of the overall standings last season, with the four non-playoff clubs guaranteed the first four picks regardless of points. If a team took a goaltender, it had the option of making a third selection, which couldn’t be used on a goaltender. All clubs had to make at least two picks, but none could make more than three.

With the first overall pick, the Kingston Frontenacs selected goaltender Aidan Spooner of the Barrie Jr. Colts. The 20 OHL clubs chose a total of 54 skaters and goaltenders.

The Battalion, which selected 15 skaters and one goaltender, all born in 2003, in the OHL Priority Selection on Saturday, is to hold its orientation camp May 25-26.