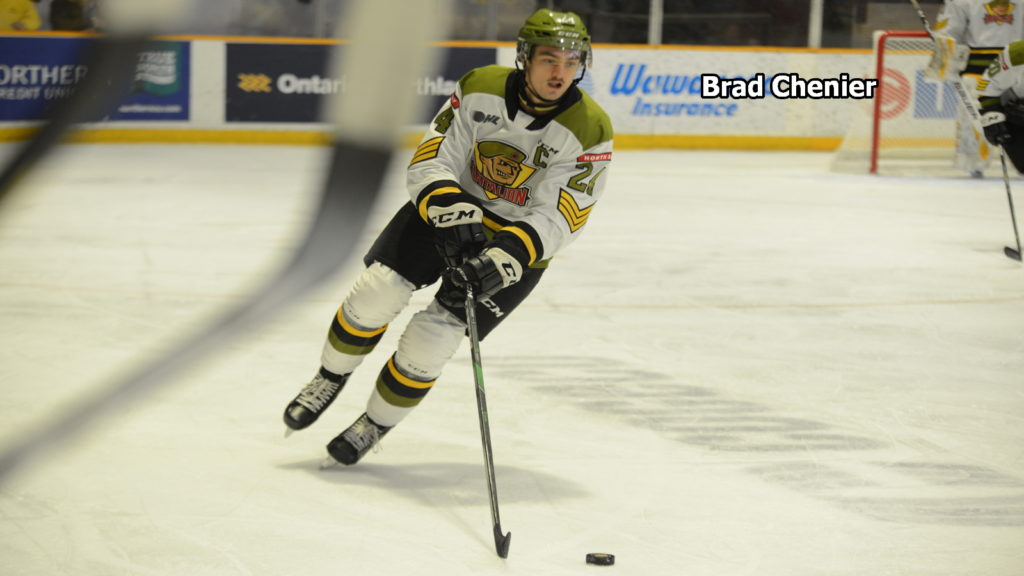 In addition to Bulitka, the Battalion acquired Sudbury’s third-round choice in 2023 and a conditional eighth-rounder in 2022.

A five-foot-11, 184-pound resident of Ilderton, Ont., Bulitka was a second-round choice, 28th overall, by Sudbury in the 2015 OHL Priority Selection from the Elgin-Middlesex Chiefs minor midgets.

“Shane brings the leadership qualities that this young team needs going down the stretch,” said general manager Adam Dennis. “He’s a quality player who will ensure the Battalion continues in the push for a playoff position. We welcome Shane and look forward to his time as a member of the Battalion.”

Bulitka was expected to be in the lineup for a 7 p.m. Thursday date with the visiting Mississauga Steelheads.

Dennis praised Chenier, a native of Kitchener and resident of Hanmer, part of Greater Sudbury, for his contributions.

“Brad has done a lot for this franchise and will no doubt leave his mark on the city of North Bay as well as the teammates and staff who were lucky enough to get to know him.

“This opportunity guarantees Brad a chance to compete for an OHL championship in his final season while returning to his home town. We thank Brad for his hard work and dedication over his time in North Bay.”

Left winger Chenier has scored 19 goals and earned 23 assists for 42 points with 48 PiM in 37 games in the current campaign.

A fourth-round pick in 2015 from the Sudbury Wolves minor midgets, he played nine games, earning one assist, with the Troops in 2015-16, when he saw action in 52 games with the Rayside-Balfour Canadians of the Northern Ontario Junior Hockey League, scoring 29 goals and adding 43 assists for 72 points with 77 PiM.

A fulltime member of the Battalion starting in 2016-17, he has career totals of 73 goals and 81 assists for 154 points in 241 games while amassing 250 PiM. His points total ranks 14th in franchise history and is fourth in the North Bay era, behind Justin Brazeau with 238, Mike Amadio with 207 and Brett McKenzie wiith 198.

Chenier has served one game of a three-game suspension handed down after he drew a major and a misconduct for a check from behind in a 6-1 road loss last Saturday night to the Barrie Colts.