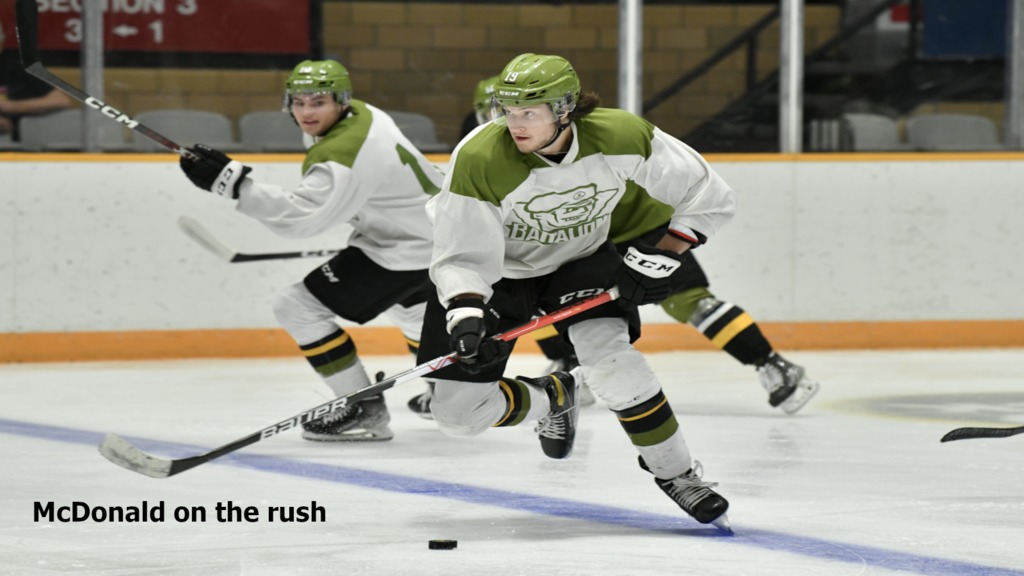 They are made up of three goaltenders, in Dom DiVincentiis, Charlie Robertson and Mike McIvor, seven defencemen and 15 forwards.

Three veteran skaters who didn’t attend the camp figure to make the final roster, in rearguard Avery Winslow and Russian imports Matvey Petrov, a forward, and Alexander Lukin, a defenceman. Winslow is at home in St. Pete Beach, Fla., recovering from offseason surgery, while Petrov and Lukin are expected to arrive in North Bay on Saturday.

With the announcement Wednesday of the signing of Rismond and McIvor to standard player’s agreements, including education packages, the Battalion has signed its top five picks from the 2022 Priority Selection, including Procysyzn, Therrien and Turley.

The Battalion plays its first of three exhibition games when it hosts the Owen Sound Attack on Sunday, Sept. 11, at Memorial Gardens. Game time is 2 p.m.