Coe set to go with Battalion 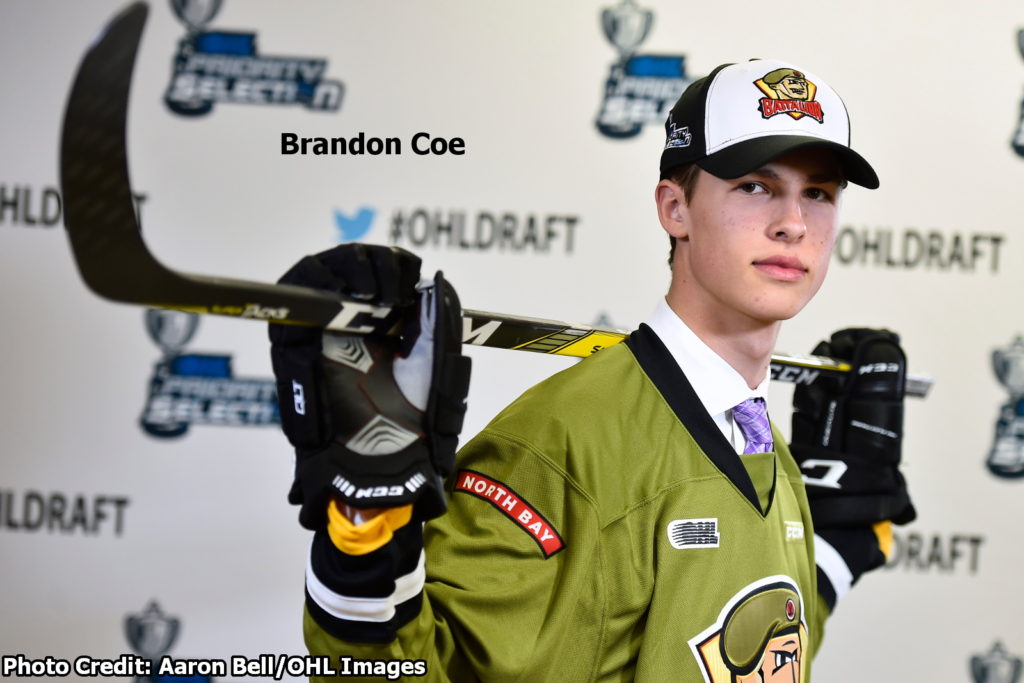 “I am so excited and extremely honoured to officially sign with the North Bay Battalion,” Coe messaged from home. “I’ve heard many great things about the team and the city of North Bay and I can’t wait to attend orientation camp in a couple of weeks.”

“He’s a big power forward,” said Matt Rabideau, an assistant general manager with the Troops. “He’s got a lot of high-end skill. He definitely plays physical, and he’s one of those guys who possesses a heavy shot. He’s got a great hockey IQ, and we think he’s going to be a huge asset to the Battalion going down the road.”

“He’s big, he’s strong and he’s arguably the best over-six-foot skater in the draft. We watched him a lot, as he was playing on a high-profile team. Picking at No. 3 we needed to get the best player, and we feel he has all the parts required to be a very good player in the OHL.”

Coe will be on the Memorial Gardens ice when the Battalion holds its orientation camp May 13-14.