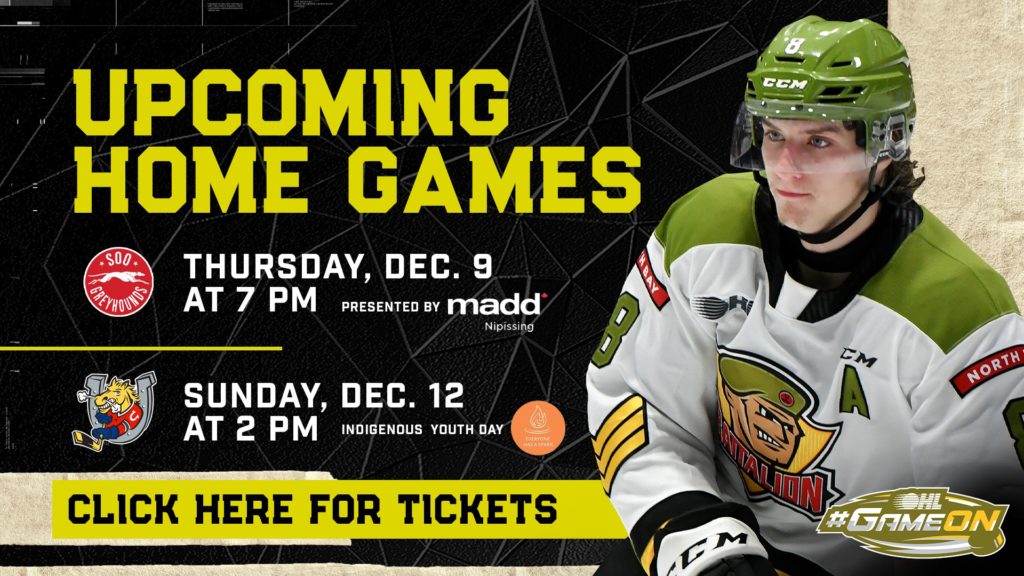 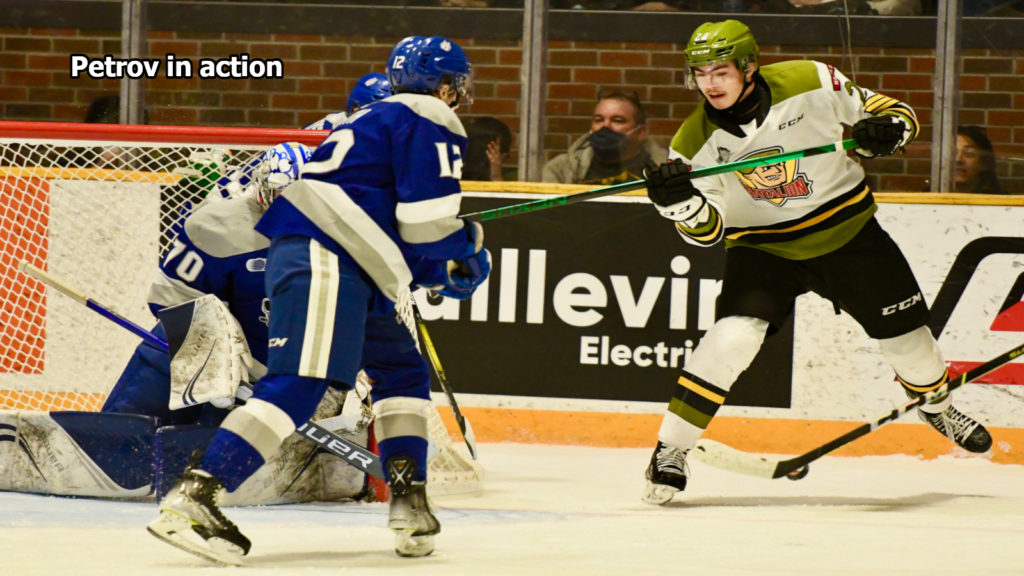 Ottawa, with a won-lost-extended record of 10-5-1 for 21 points, sits atop the East Division and Eastern Conference, while North Bay, 9-6-1 for 19 points, leads the Central Division and is second in the conference.

“It should be a fun test,” Battalion coach Ryan Oulahen said Wednesday.

“They’re a really good hockey team, extremely well coached, structured and play hard and disciplined. They’re hot, tops in the conference right now, and coming into our building here on Thursday night. I’ve always said, when teams like this come in, it’s a really good test and an opportunity for us to bring our best.”

Then, of course, there’s the matter of the widely questioned last-minute penalty shot awarded to Ottawa’s Dylan Robinson in the teams’ only previous meeting that saw him score for a 2-1 home-ice victory Nov. 7.

That may well serve as additional motivation for the Troops, who split a home-and-home series with the Sudbury Wolves last weekend, winning the rematch 4-0 Sunday in their first home game after a season-high run of six road dates.

Joe Vrbetic, who made 14 saves for the shutout after posting 29 stops in a 3-2 loss via shootout Friday night at Sudbury, was recognized as the OHL’s Goaltender of the Week for the period ended Sunday. Ty Nelson scored two goals, Kyle Jackson had one goal and an assist, Matvey Petrov scored the first-period goal that proved to be the winner and Brandon Coe earned three assists in the series closer.

“I think as they’re growing together and the reps they’re getting with games — it’s only been a couple of weeks where they’ve kind of been together with Jackson in the middle — we see that chemistry building and growing,” Oulahen said of the line of Jackson, Petrov and Coe.

“You should see them in practice. It’s pretty impressive some of the things they can do.

“I think in Brandon’s case he probably had three or four unbelievable chances against Sudbury there on Sunday that (Mitchell) Weeks kind of had his number. Those eventually are going to go in, so we like the way that line looks.”

It was announced last week that Petrov, a sixth-round pick in the National Hockey League Draft in July, had signed a three-year, entry-level contract with the Edmonton Oilers, but Oulahen said there’s no reason to suspect that will slow down the Russian, the No. 1 choice in the 2020 Canadian Hockey League Import Draft.

“It doesn’t stop for him. That kid is addicted to the game of hockey. We have to kick him off the ice most days.

“For somebody like that, it’s almost an extra motivation because, now he’s signed with Edmonton, they’ve got a lot invested in him, and I think the development on that part is only going to build stronger, so it’s real good for him and for us.”

Coe leads the Battalion in points production with six goals and a team-high 19 assists for 25 points in 16 games. Before the only game Wednesday night, in which the Sault Ste. Marie Greyhounds were to visit the Saginaw Spirit, he ranked second in the league, two points behind Sasha Pastujov of the Guelph Storm. Coe’s assists total was tied with the Oshawa Generals’ Ty Tullio for first place in the category.

Michael Podolioukh was tied for second in insurance goals with two, while Tnias Mathurin led the OHL in plus-minus at plus-13.

Among goaltenders, Vrbetic was tied for second in wins with eight, ranked fifth in goals-against average at 2.82 and is tied atop the shutouts list with one.

The Battalion visits Oshawa at 7:35 p.m. Friday and hosts the Niagara IceDogs at 2 p.m. Sunday to complete weekend play. 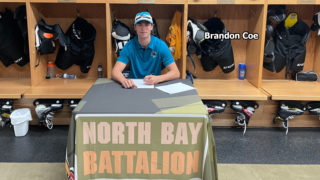 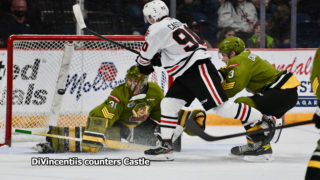 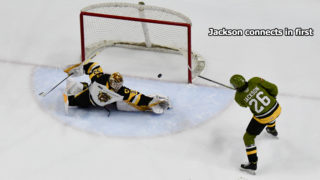 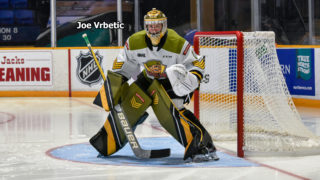 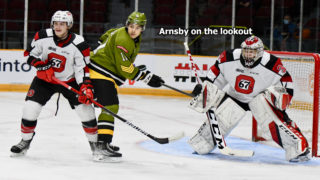 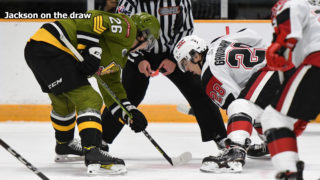