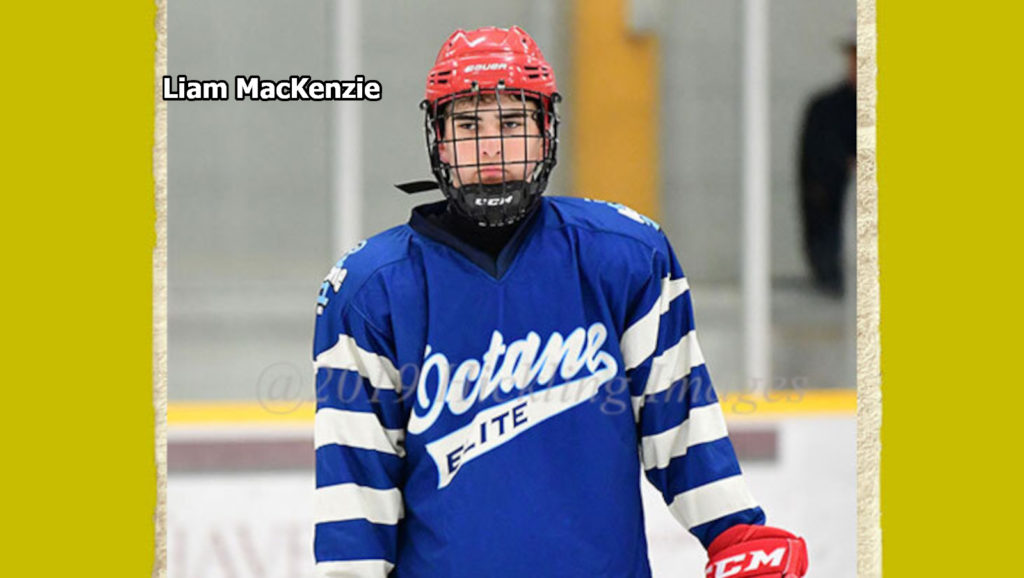 NORTH BAY, Ont. – Adding depth at both ends of the ice was the goal for the North Bay Battalion on the second day of the Ontario Hockey League Priority Selection.

The Battalion made 12 picks Saturday, the second day of the 15-round online event, choosing six forwards, made up of three centres, two left wingers and one right winger, four defencemen and two goaltenders from rounds four through 15.

North Bay chose offensive players with three of its first four picks in the first three rounds, which were conducted Friday night, starting with centre Owen Outwater of the Oakville Rangers U16. He was the 11th overall selection.

Right winger Nick Sima and centre Anthony Romani of the Toronto Jr. Canadiens followed in the second and third rounds respectively before the club wrapped up its night by picking defenceman Wyatt Kennedy of the Rockland Nationals U18 with its second choice in the third round.

All players chosen were born in 2005.

“We joked that everybody in our league is happy today, and then in September you find out if you really should have been happy,” noted general manager Adam Dennis.

“I think we have reason to feel happy today. We did a lot of work in this strange year and, despite all the different circumstances, we kept a really good attitude as a staff. We didn’t see it as an opportunity lost. We saw it as an opportunity to use our creativity. We got guys later who were higher on our list. Hopefully, we were right. I think we were, but ultimately we’ll find out. It was an interesting process but one we can all say we’re going to take a lot from.”

“We had a lot of internal battles leading up to today. They were healthy battles. Everyone has an idea about what they think of a player, so we leaned on each other and we’re seeing the fruits of our labour paying off.

“We expected teams to have massively different lists. There were regions and areas we just weren’t able to get to, and it didn’t make sense to drive eight hours to see one game. We prioritized some other things, and I think every team would have its own set of challenges. We found enough players we liked, there’s no doubt about that.”

The Battalion, which held two fourth-round choices, used the first, 69th overall, to take right-shot rearguard Liam MacKenzie of the Vaughan Kings. A Toronto resident, MacKenzie, six foot-four and 180 pounds, recorded three goals and seven assists for 10 points in 32 games in 2019-20, the last season before hockey was thrown into turmoil by the coronavirus pandemic. MacKenzie turned 16 on March 15.

With the 78th overall choice North Bay named left winger Chase MacQueen-Spence of the Elgin-Middlesex Chiefs. MacQueen-Spence, a five-foot-nine 150-pounder from London who turned 16 on Jan. 9, produced 32 points, including 16 goals, in 32 games in 2019-20.

The Battalion, without a fifth-round choice, returned to the Jr. Canadiens in the sixth round, using the 109th pick on left-shot defenceman Tayte Landry. A Toronto resident who turned 16 on Feb. 21, the six-foot-four, 195-pound Landry played in 2019-20 for the Vancouver-based West Van Academy bantams, scoring three goals and adding 10 assists for 13 points in 24 games.

North Bay chose its first goaltender with its seventh-round pick, 130th overall, tabbing Charlie Robertson of the London Jr. Knights. A London resident who turned 16 on April 2, Robertson, six foot-two and 155 pounds, played 10 games in 2019-20, posting one shutout and a goals-against average of 3.11.

In the eighth round, the Troops pegged another Rangers forward, left winger Zach Losier, with the 149th overall choice. Losier, a six-foot-one, 190-pound Oakville resident, scored 17 goals and added 11 assists for 28 points in 35 games in 2019-20 with the Niagara North Stars. He turned 16 on March 6.

Left-shot blueliner Alex Stephen of the Rangers was chosen in the 10th round, 182nd overall. A six-foot-one, 170-pound resident of Brampton who turned 16 on March 22, Stephen registered 11 points, including six goals, in 30 games in 2019-20.

The Battalion tabbed left-shot centre Chase Thompson of the Toronto Nationals in the 14th round, 269th overall. Thompson, a five-foot-nine, 143-pounder, had eight goals and 10 assists for 18 points in 33 games for the Trappers a year ago. The Callander product and Woodbridge, Ont., resident turned 16 on Jan. 12.

North Bay chose goaltender Kolton Bourret of the Thunder Bay Kings in the 15th round, 290th overall. A six-foot-three, 178-pound native of Thunder Bay, Ont., who turned 16 on May 8, Bourret appeared in three games this season.

Because the 2020-21 OHL season was lost to the pandemic, the order of selection was determined by a lottery May 5, with the order reversing in each round. The Sudbury Wolves made right winger Quentin Musty of the North Jersey Avalanche the No. 1 pick. 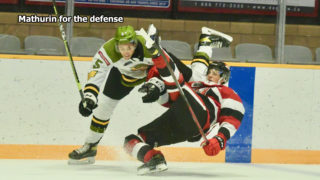 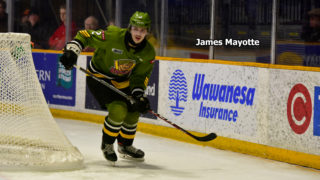