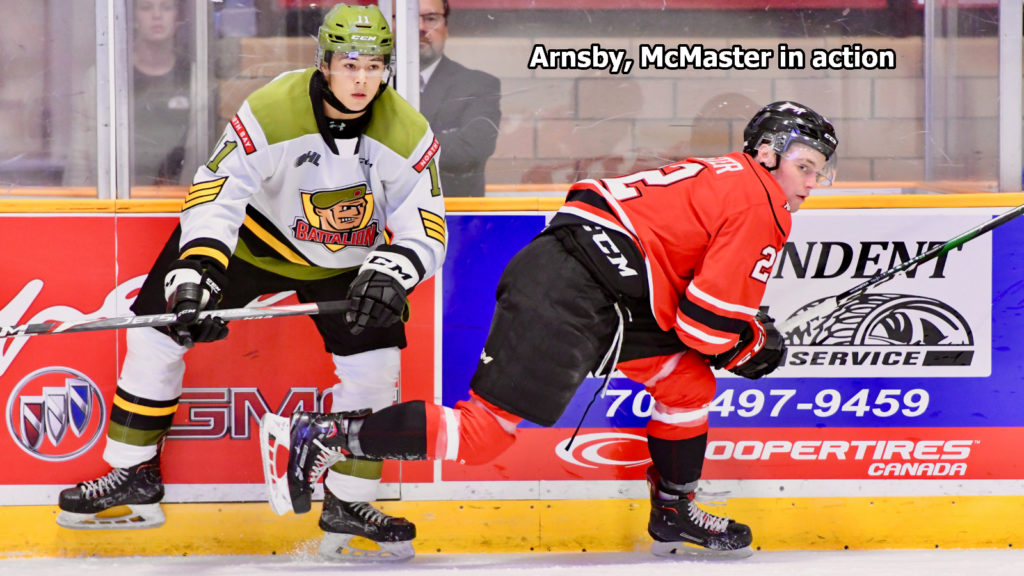 NORTH BAY, Ont. — Adam McMaster scored two goals and added an assist to pace the Owen Sound Attack to a 4-0 victory Sunday over the North Bay Battalion in both clubs’ last game of the Ontario Hockey League preseason.

The Battalion suffered its fifth exhibition loss and saw its won-lost-extended record fall to 0-4-1 after a 4-3 setback via shootout at Owen Sound on Saturday.

North Bay opens the regular season by playing host to the Barrie Colts at 7 p.m. Friday.

Ethan Burroughs and Daylon Groulx contributed a goal apiece to the Owen Sound attack, while goaltender Mack Guzda made 36 saves as the Troops outshot the winners for a second straight game.

Goaltender Christian Cicigoi faced 19 shots for the Battalion, which dressed 17 skaters, one below the limit. Assistant coaches Adam Dennis and Scott Wray ran the bench while Stan Butler, director of hockey operations and head coach, watched from a box.

McMaster, a onetime member of the Battalion who was the club’s first-round pick in the 2016 OHL Priority Selection, poked the puck behind Cicigoi from the right post at 4:09 of the first period and struck on the power play at 9:35 of the middle frame, completing a rink-length rush by drilling the puck home from the right-wing circle with Pacey Schlueting serving a tripping penalty.

Luke Moncada charged to the crease on a pass from David Campbell only to have Guzda’s net become dislodged at 1:48. Brad Chenier had two cracks at the puck at the right post in the 13th minute without getting the Troops on the board.

Burroughs connected on a screened shot to the short side off a turnover at 3:34 of the third period, and Groulx one-timed home a cross-ice pass from McMaster just 1:49 later.

Cicigoi and crease partner Joe Vrbetic each played two games with as many losses, one of Vrbetic’s coming in the shootout. Christian Purboo, who was traded to the Sudbury Wolves, took the other loss.