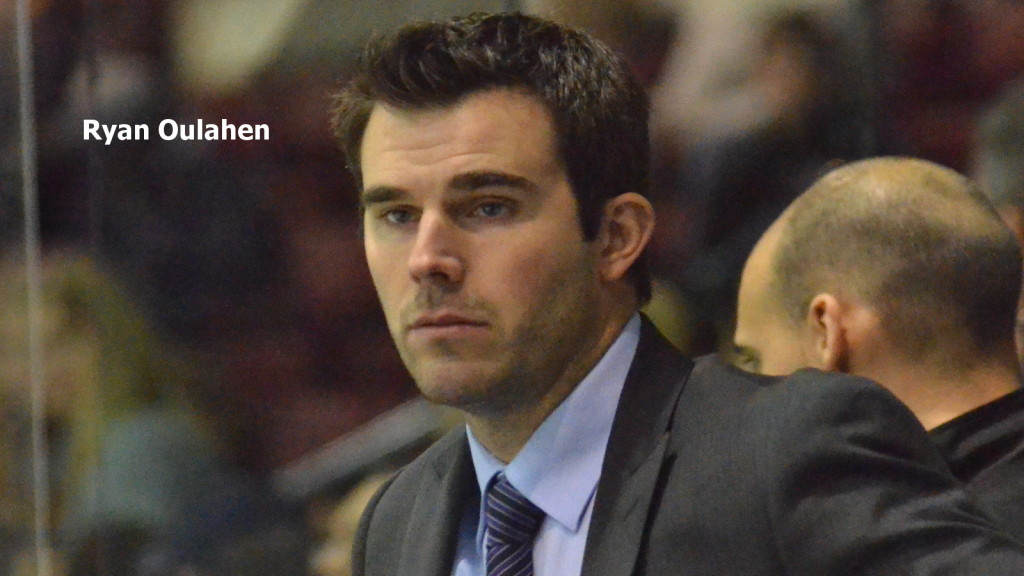 Oulahen, a 31-year-old native of Newmarket, Ont., has served as an assistant coach with the North Bay Battalion and its Brampton-based predecessor for five-plus seasons starting during the 2010-11 campaign. Oulahen played three seasons as a centre with the Battalion, culminating in 2004-05, when he was captain.

Oulahen, who was selected by the Detroit Red Wings in the fifth round of the 2003 National Hockey League Entry Draft, played for the affiliated Grand Rapids Griffins of the American Hockey League for four seasons, including one as captain, through 2008-09 and twice has been an assistant coach with Canadian entries at the World Under-17 Challenge.

“I’ve spent the majority of my hockey career, both as a player and a coach, with the Battalion, and I’ll miss the players, the staff and the fans,” said Oulahen. “I want to thank the Battalion organization for all of the opportunities.”

Stan Butler, director of hockey operations and head coach since the Battalion’s inception, said he was pleased for Oulahen.

“I think it’s a great opportunity for Ryan. It’s an opportunity that he really deserves. He’s worked hard and he’s ready to be a head coach. The Flint organization and their fans are very lucky to have a guy like him being their head coach.”

“Today’s announcement is a further piece in putting together a strong hockey operations staff for the Flint Firebirds,” OHL commissioner David Branch said in a news release. “Their combined knowledge and experience will help develop the Flint Firebird players both on and off the ice.”

Wellwood has won three Memorial Cups, two as a player with the Windsor Spitfires and one with the Oshawa Generals, with whom he was an assistant coach for the last two seasons. Wellwood also played for the NHL’s Philadelphia Flyers and the AHL’s Adirondack Phantoms.

“Ryan and Eric are both young yet experienced, bringing tremendous enthusiasm, leadership and a strong foundation in junior hockey to the Firebirds’ bench,” said George Burnett, the club’s new general manager. “My role is to support Ryan and Eric as they lead our group of current and prospective players in delivering an exciting brand of junior hockey to Genesee County in the 2016-17 season and beyond.”