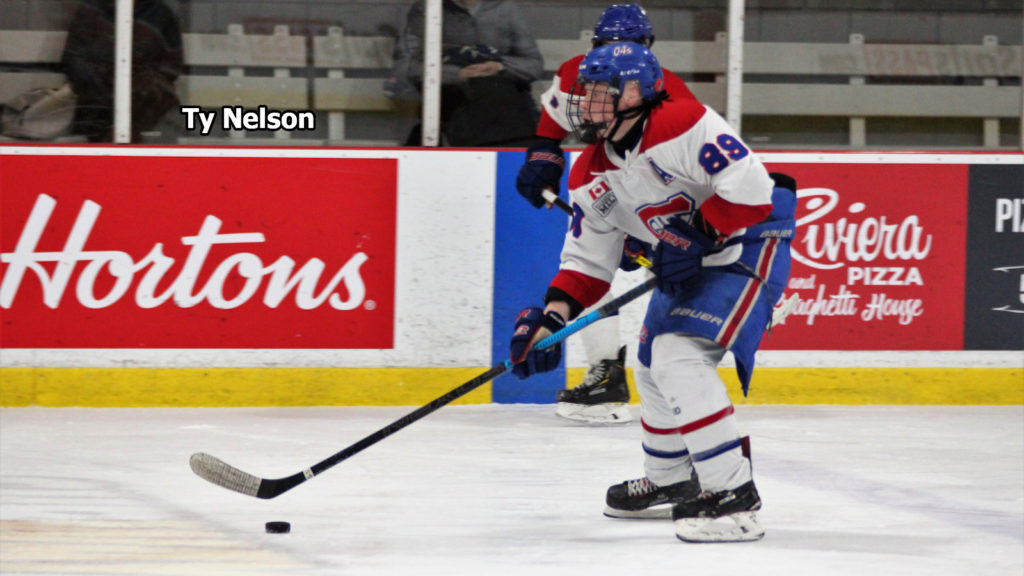 Other Battalion recruits named to the July 19-25 camp are centre Dalyn Wakely, defenceman Tnias Mathurin and goaltender Domenic DiVincentiis. In addition, athletic therapist Andrew Sachkiw was identified as a member of Team White, one of three Canadian entries in the eight-team World Under-17 Hockey Challenge scheduled at Charlottetown and Summerside, P.E.I., from Oct. 31 to Nov. 7.

Nelson, the first overall pick in the OHL Priority Selection on April 4, played last season with the Toronto Jr. Canadiens, scoring 18 goals and adding 47 assists for 65 points in 61 games. He had 11 goals and 21 assists for 32 points in 33 league games and produced one goal and 11 assists for 12 points in 11 playoff games as his team won the Greater Toronto Hockey League championship.

Wakely was chosen from the Quinte Red Devils minor midgets in the second round, 30th overall, in April. A five-foot-11, 164-pound resident of Port Hope, Ont., the right shot scored 30 goals and amassed 42 assists for 72 points with 62 penalty minutes in 36 games before generating four goals and seven assists for 11 points in eight playoff games.

North Bay took Mathurin from the Ajax-Pickering Raiders minor midgets in the third round, 41st overall. The six-foot-two, 190-pound resident of Ajax, Ont., had seven goals and 12 assists for 19 points in 35 games.

Nelson, Wakely and Mathurin all have signed standard player’s agreements, including education packages, with the Battalion.

The Troops selected DiVincentiis from the Vaughan Kings minor midgets in the sixth round at No. 116. The goaltender is a six-foot, 156-pound resident of Bolton, Ont.

Sachkiw, a Winnipeg product, joined the Battalion as athletic therapist and equipment manager before the 2017-18 campaign after six seasons with the Barrie Colts. He earned a gold medal at the 2015 under-17 tournament.

From 113 named to the Canadian camp, 64 forwards, 37 defencemen and 12 goaltenders will be split into six teams, participating in various sessions focused on development through online education.

The OHL prospects number 30 forwards, 16 defencemen and three goaltenders. All 17 eligible first-round OHL Priority Selection choices received invitations, while 35 prospects on the list have committed to OHL clubs for 2020-21.

Nineteen of 20 OHL teams have prospects in the virtual camp, a result of the coronavirus pandemic, led by the London Knights with six April selections. The Battalion, Guelph Storm, Kitchener Rangers and Peterborough Petes have four apiece. 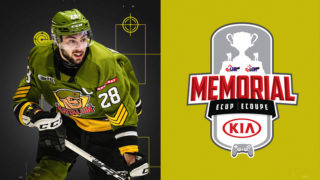 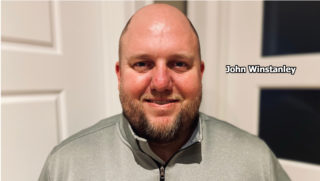 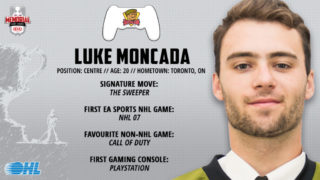 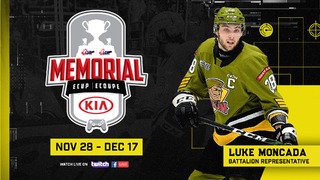 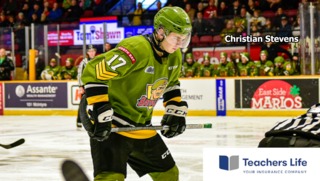 Christian Stevens
In the Spotlight: Stevens
2 weeks ago

Vrbetic, Petrov ones to watch
1 month ago 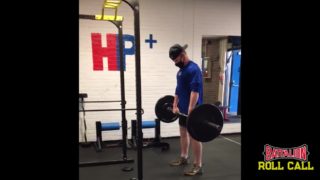