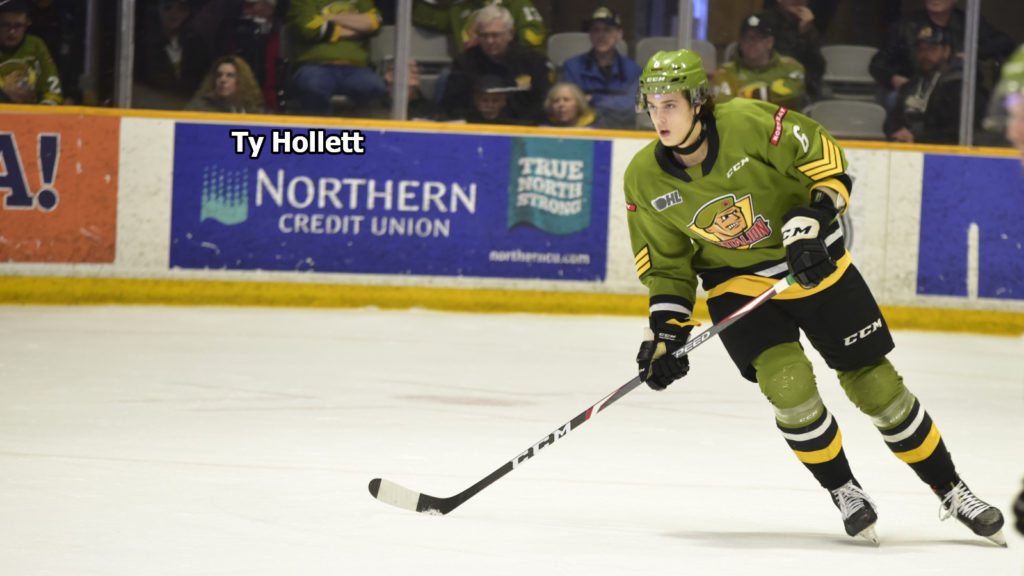 NORTH BAY, Ont. — The North Bay Battalion continued Thursday to reduce the number of defencemen on its Ontario Hockey League preseason roster, sending Ty Hollett to the Kitchener Rangers for a fifth-round pick in the 2025 OHL Priority Selection.

It was the second trade of a rearguard in three days and the third deal consummated this week by Battalion general manager Adam Dennis in advance of the club’s exhibition opener at 2 p.m. Saturday against the visiting Owen Sound Attack.

James Mayotte was sent to the Flint Firebirds for a sixth-round 2025 pick on Tuesday, a day after North Bay acquired the OHL rights to highly regarded centre Adam Fantilli from the Saginaw Spirit for five picks, four of them conditional. The Nobleton, Ont., resident, whom the Spirit chose 18th overall in the 2020 Priority Selection, is embarking on his second season with the Chicago Steel of the United States Hockey League.

Hollett, who turned 18 on Aug. 27, played six Battalion games in 2019-20 without recording a point and while being assessed seven penalty minutes. He played 31 games that season with the junior A Pembroke Lumber Kings of the Central Canada Hockey League, scoring three goals and adding one assist. He also saw action in nine games with the CCHL’s Navan Grads.

The Battalion took Hollett, a six-foot-four, 205-pound resident of Orleans, Ont., in the fourth round of the 2019 Priority Selection. He is attending the rookie camp of the National Hockey League’s Ottawa Senators as an undrafted invitee.

The Battalion now has eight defencemen on the roster. Veterans Simon Rose, an overager, Paul Christopoulos and Avery Winslow are joined by Ty Nelson, Tnias Mathurin, Cam Gauvreau, Wyatt Kennedy and Alexander Lukin, a Russian import who has yet to arrive in North Bay but is expected soon.

The Owen Sound game is the Troops’ first since the coronavirus pandemic saw the end of the 2019-20 season cancelled. The OHL’s entire 2020-21 campaign eventually was wiped out as well.

Under covid-19 protocols, attendance at Memorial Gardens is limited to 1,000, with fans able to enter the arena only through Gates 2 and 6. Contact-tracing information must be provided upon entering, and masks must be worn at all times except when seated. Available sections are limited to 1, 3, 5, 7 and 9.

Doors will be opened 90 minutes before game time.