Hopefuls get another practice 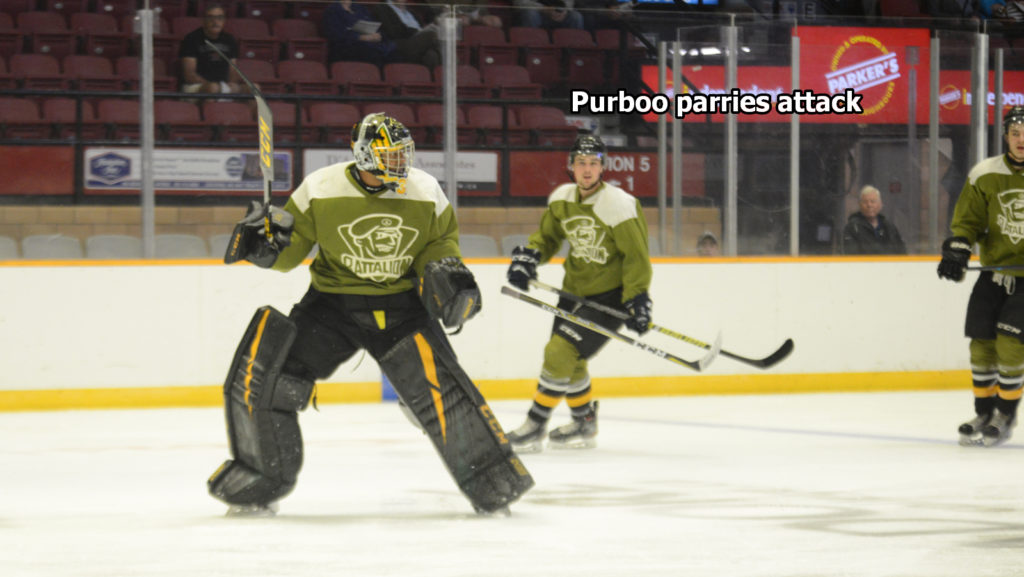 A total of 17 forwards, eight defencemen and four goaltenders remained under consideration.

Left winger Josh Currie signed a standard player’s agreement including an education package with the Battalion, putting him among those who will travel to Kitchener for the second annual Preseason Showcase starting Friday night.

After a morning practice Thursday, the Troops are to board the bus to Kitchener, where they face the tournament host Rangers at 7 p.m. Friday. Other games are against the Peterborough Petes at 2 p.m. Saturday and the Saginaw Spirit at 11 a.m. Sunday.

Defenceman Ryan Thompson has returned home to Mississauga with a sore wrist incurred Monday, and forward Kurtis Evans is at home in Uxbridge, Ont., still dealing with concussion-like symptoms. Forwards Mason Primeau and Matthew Struthers, both of whom are to attend National Hockey League rookie camps next week, sat out Wednesday.

Four goaltenders, in Christian Purboo, Joe Vrbetic, Christian Cicigoi and Reece Proulx, saw action Wednesday, switching squads from those for which they’d played in the first three games. All were to be at practice Thursday.

“We just want to get on the ice with the kids we’re going to take to Kitchener, get a skate in, see the goalies and keep everybody loose after a long training camp,” said Stan Butler, Battalion director of hockey operations and head coach.

The last intrasquad game at the camp, which opened with 45 players on the Memorial Gardens ice, was played in three 20-minute periods.

Chenier scored with 1:14 to play to lift Team Green to a 3-2 victory over Team White and a sweep of camp games, in which Adam Dennis’s Green group outscored fellow assistant coach Scott Wray’s squad 25-10. Vrbetic got the win in goal.