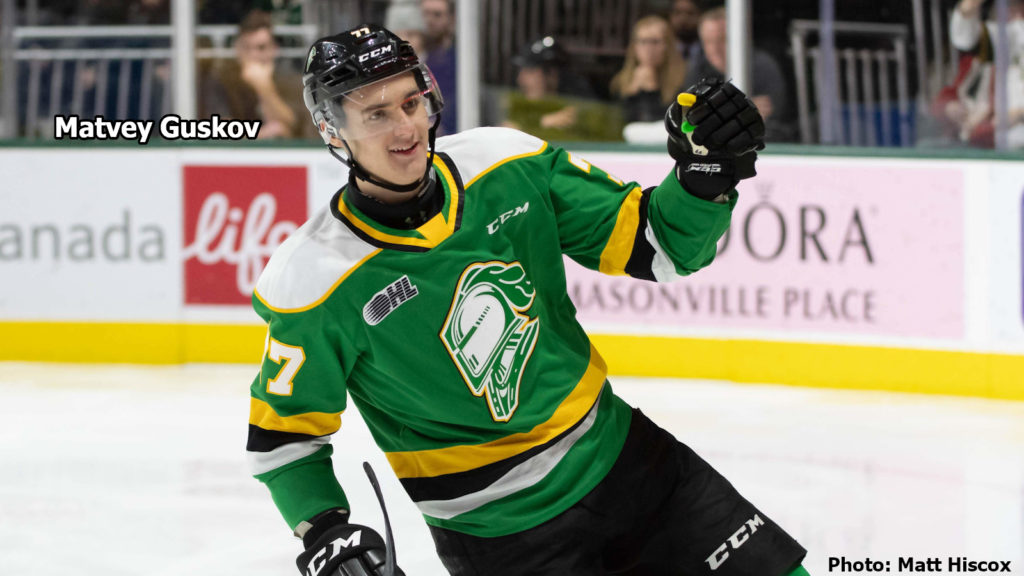 NORTH BAY, Ont. — The North Bay Battalion is looking to add some punch with the first overall pick in the Canadian Hockey League Import Draft, which starts at 11 a.m. Tuesday.

North Bay had been scheduled to select first in each of the CHL Import Draft’s two rounds, to be conducted online, but the trade for Guskov means the club will pass on the second pick.

“We feel we have a strong roster coming back and intend to build on this momentum. We’ve done our homework and look forward to the draft.”

The CHL’s three member leagues, numbering the OHL, Quebec Major Junior Hockey League and Western Hockey League, rotate the order of selection from year to year, with the sequence of picks within each league determined by the inverse order of regular-season standings, with non-playoff teams guaranteed the OHL’s first four spots.

London selected Guskov, a six-foot-one, 179-pound resident of Nizhnekamsk, in the first round of the 2018 CHL Import Draft. In 59 games as an OHL rookie in 2018-19, he scored 12 goals and added 18 assists for 30 points. The Minnesota Wild took Guskov in the fifth round of the 2019 National Hockey League Draft.

North Bay chose two players in the CHL Import Draft last year. First-rounder Martin Has, a Czech defenceman, played one game with the Battalion on Jan. 9 before being traded to the Guelph Storm for third-round picks in the 2022 and 2023 OHL Priority Selections.

Second-round selection Niki Korpialho, a left winger, scored two goals and earned one assist for three points in 15 games before returning to his native Finland.

Fans can follow the draft in real time via a link from a story on the CHL website, www.chl.ca.