In the Spotlight: Primeau 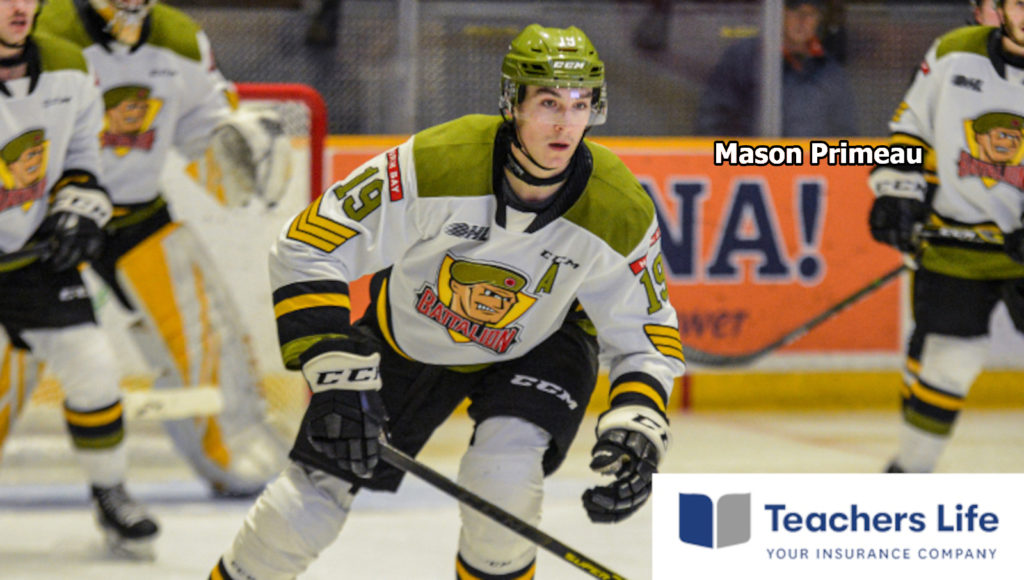 NORTH BAY, Ont. — Mason Primeau has his eyes on a National Hockey League career, but the North Bay Battalion centre is the first to recognize the value of furthering his education on the way.

Primeau scored 11 goals and earned eight assists for 19 points in 45 games with the Ontario Hockey League’s Battalion in 2019-20 after the Vegas Golden Knights selected him in the fifth round of the 2019 NHL Draft. It was his first full season with the Troops after a Nov. 15, 2018, trade from the Guelph Storm.

“My cousin went to university, and he plays pro now and he’s still doing school,” Primeau said in a recent Zoom interview from his Toronto home as part of the OHL’s Academic Spotlight Program, sponsored by Teachers Life.

“I think it’s a difficult thing to do, but it’s important to stay on top of it, because hockey doesn’t last forever and I need to have a plan afterward. Right now I’m not taking anything, but I took some courses last year and enjoyed it and in the foreseeable future I’m going to do the same.”

Primeau, 19 and part of a hockey family that saw his father, Wayne, and two uncles, Keith Primeau and Derrick Smith, play a total of 2,220 regular-season NHL games, cited organization as paramount in coping with schooling.

Primeau, a graduate of Chippewa Secondary School, said he got good support there in dealing with the move from Guelph.

“I think Grade 12 is probably the hardest year in high school. I was taking functions and math when I got traded, so that was a bit of a tough transition, but luckily I had a pretty good teacher in North Bay and he was able to help me.”