In the Spotlight: Russell 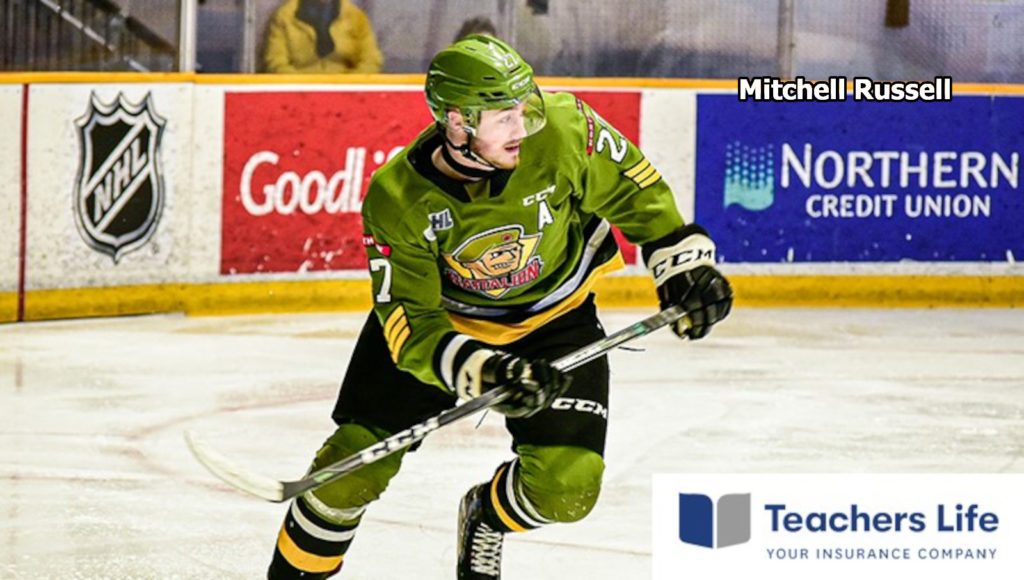 NORTH BAY, Ont. — Mitchell Russell already has made one transition, after an Ontario Hockey League trade, and now looks forward to more challenges in the future.

Right winger Russell scored 21 goals and added as many assists for 42 points in 51 games with the North Bay Battalion in 2019-20, his first full season with the club after a Dec. 28, 2018, trade from the Owen Sound Attack.

“Obviously, the OHL gives you a lot of support, and Colleen Point was also really helpful through the whole process,” Russell, 19, said in a recent Zoom interview from home in Oro-Medonte, a township north of Barrie, as part of the league’s Academic Spotlight Program, sponsored by Teachers Life.

“She gets everything organized for you and just does the little things to help out,” Russell noted of the Battalion’s academic adviser at Chippewa Secondary School, where he enrolled after joining the Troops.

“I was lucky enough to have my trade right around Christmas time so I’d almost finished all my classes, which is really nice, and a couple of my teachers that I had good marks with at Owen Sound gave me an exemption from the exam, so I actually had an easy transition.”

While his time at Chippewa was limited, he said, it proved enjoyable and productive.

“I wasn’t actually at Chippewa for that long as (I was) only there for one semester and I only had one class, but it was nice. I had the class with three or four of the guys and (it’s been) a blast there. The teacher is really nice, so I had a good time there.”

As for the future, Russell said, he’s thinking of a business career.

“I’d like to take either business or entrepreneurship so those are kind of my two main goals ahead, and I think in the next couple of semesters I’m going to get into that.”