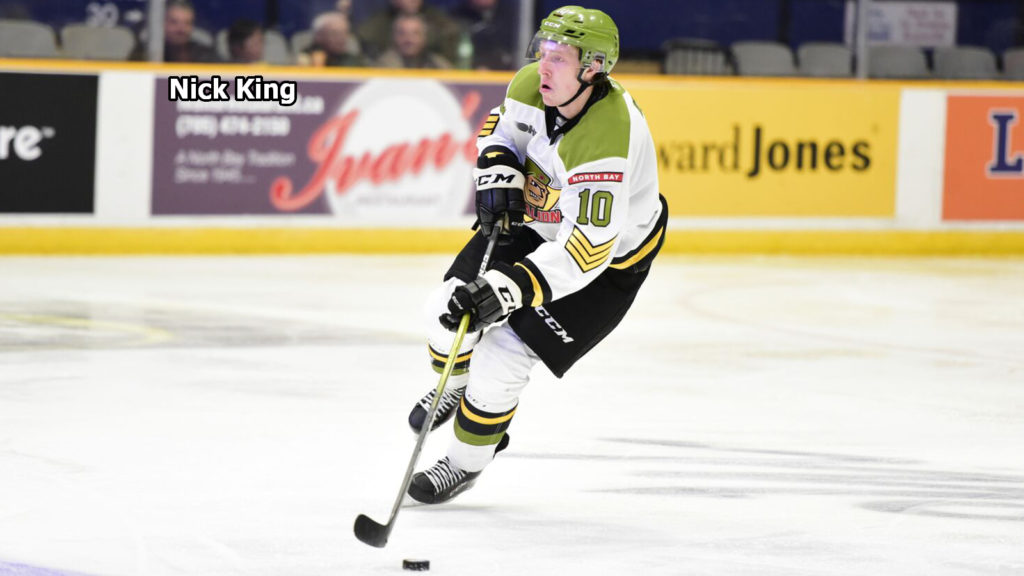 North Bay received the Frontenacs’ 12th-round pick in the 2021 OHL Priority Selection for King, who became one of four overagers on the Battalion roster when fellow rearguard Nick Grima was acquired Oct. 7 from the Sarnia Sting.

“We were very happy with how he played for us, and we’re happy we could find him another opportunity,” said Stan Butler, director of hockey operations and head coach.

In 129 games over two-plus seasons with the Troops since being acquired from the Owen Sound Attack in an Oct. 23, 2017, trade, he scored 11 goals and added 50 assists for 61 points.

A 10th-round pick by Owen Sound in the 2015 OHL Priority Selection from the Waterloo Wolves minor midgets, King earned three assists in 40 games with the Attack before being dealt to the Battalion for a 2018 seventh-rounder.

Apart from Grima, North Bay’s overagers are centre Matthew Struthers and left winger Brad Chenier. Teams must cut to a maximum of four overagers by Nov. 10 and three by Jan. 9, one day before the trade deadline. No more than three may dress for a game at any time.

The Battalion roster now numbers 22, made up of two goaltenders, seven defencemen and 13 forwards.

The Battalion was to wrap up a stretch of five straight road games with a date against Owen Sound at 7:30 p.m. Saturday.