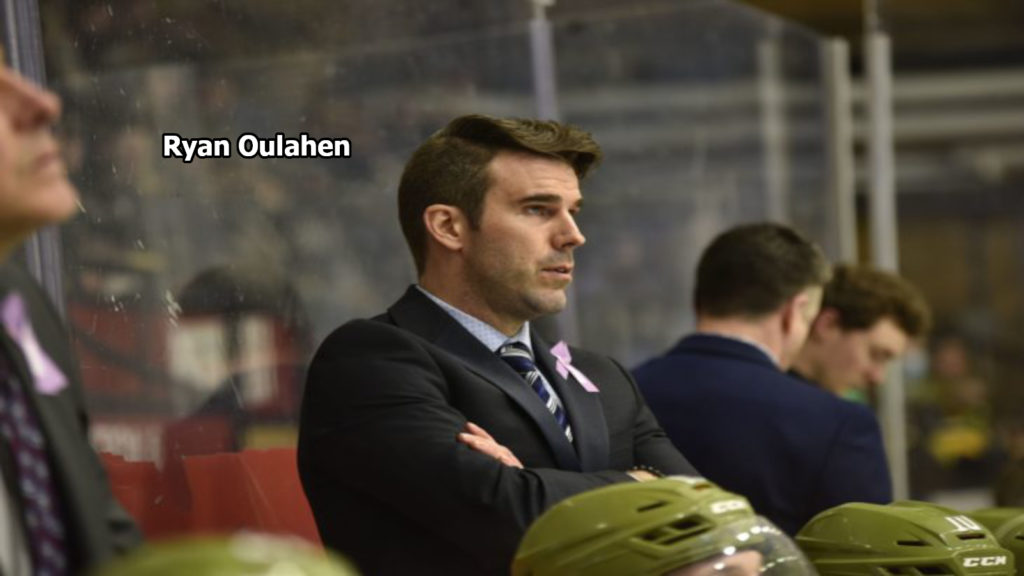 NORTH BAY, Ont. — The North Bay Battalion renews acquaintance with the Kingston Frontenacs in Ontario Hockey League action at 7 p.m. Thursday, with the visitors presenting a new look since their last trip to Memorial Gardens.

“Kingston’s a much different team than they were a year ago and the team we played in the playoffs,” coach Ryan Oulahen said Wednesday of the Frontenacs, who boasted the likes of Shane Wright, Martin Chromiak and Jordan Frasca when the Battalion ousted them in a five-game Eastern Conference semifinal.

“They lose a lot of that high-end skill, but what they are doing now is working extremely hard. They’re competitive. They compete for every puck. They’re playing a different way, and sometimes that makes it harder on you as an opponent.”

North Bay, which won 3-2 via shootout at Kingston on Oct. 7, saw a league-best seven-game winning streak ended in a 4-3 home-ice loss Sunday to the Kitchener Rangers, a result in which Oulahen saw some benefit apart from a solid third period.

“At this time of year it’s sometimes good to just have kind of a refocus moment. Sometimes the players need that a little bit, so it allows us to have maybe a little extra detail this week, a little extra buy-in from the guys. It allows us to ramp up the practices a little more, and hopefully you’re better for it in the long run and we get right back on track here tomorrow night.”

The Battalion, which visits Kitchener on Friday night and the Owen Sound Attack on Saturday night to complete play this week, has a won-lost-extended record of 12-5-0 for 24 points after one-quarter of the schedule, tied with the Mississauga Steelheads atop the Central Division. Kingston is 9-8-2 for 20 points, third in the East Division.

The Battalion, ranked No. 10 in the Canadian Hockey League Top-10 for a second straight week, remains down two veteran defencemen in Tnias Mathurin and Avery Winslow. Mathurin faces the prospect of surgery this month to correct a shoulder issue.

“It looks like right now he’s going to be out quite a bit longer than we thought,” Oulahen said of Mathurin.

“Avery, we’re not sure exactly the timeline. It won’t be as long as Tnias, but there’s no secret. Those guys in our uniform, in our lineup, are massive, massive pieces, and it’s going to be collectively here that we’re going to have to continue to find ways to gap those holes, and so far we’ve liked what our younger guys have done.”

The Troops have rookie Ethan Procyszyn, who has played centre and right wing, back from the World Under-17 Hockey Challenge at Langley and Delta, B.C., where his Canada Red team took the silver medal in the seven-team tournament that featured three Canadian entries. The United States captured the gold.

“In Ethan’s case he had a tremendous amount of success and he was a big part of his team. We weren’t shocked, by the way, about that, but we see him coming back and just continuing to take off here. He’s a young stud here growing in front of our eyes.”

The Kingston game sees Subway present the Ferris Lions Club Chuck-a-Puck Night. Sponge pucks, to be sold in the main lobby, will be thrown onto the ice in the second intermission for prizes totaling more than $3,000 and including a 65-inch flat-screen television, two tickets to a Toronto Maple Leafs game in 2023, autographed Battalion items and more.