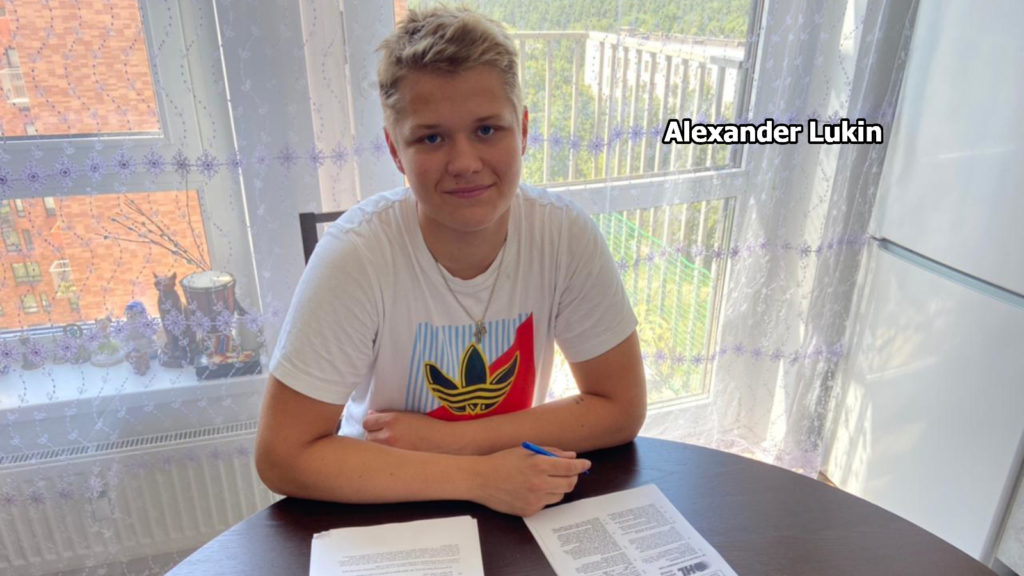 A six-foot-one, 200-pound left shot who turned 17 on March 27, he played the 2020-21 season with the Chekhov Russkie Vityazi juniors, scoring one goal and adding three assists for four points in 24 games. Chekhov is 68 kilometres from Moscow.

Lukin’s was the 28th name announced in the draft, conducted June 30 via the internet.

Lukin is the fourth player selected this year to be signed by the Battalion, after centre Owen Outwater, right winger Nic Sima and centre Anthony Romani, the Troops’ top three picks in the OHL Priority Selection held June 4-5.

“Alexander is a guy we spent quite a bit of time watching prior to the draft,” said Adam Dennis, general manager of the Battalion.

“What we liked the most was the way he can affect the game in so many different ways. He defends very well and likes to use his size to his advantage. He also has an untapped offensive ability that he’ll show when given the opportunity.”

“Alexander will be training with Matvey in hopes of getting bigger and stronger to make an immediate impact as a young player,” said Dennis.

“We look forward to getting him acclimated to hockey in North America.”

North Bay retains the OHL rights to Russian centre Matvey Guskov, who signed a three-year contract with CSKA Moscow of the Kontinental Hockey League last December. The Battalion, which acquired him in a June 1, 2020, trade with the London Knights, has Guskov on its overage import list, the reason the club chose only one player in the two-round process.