Mathurin comes on board 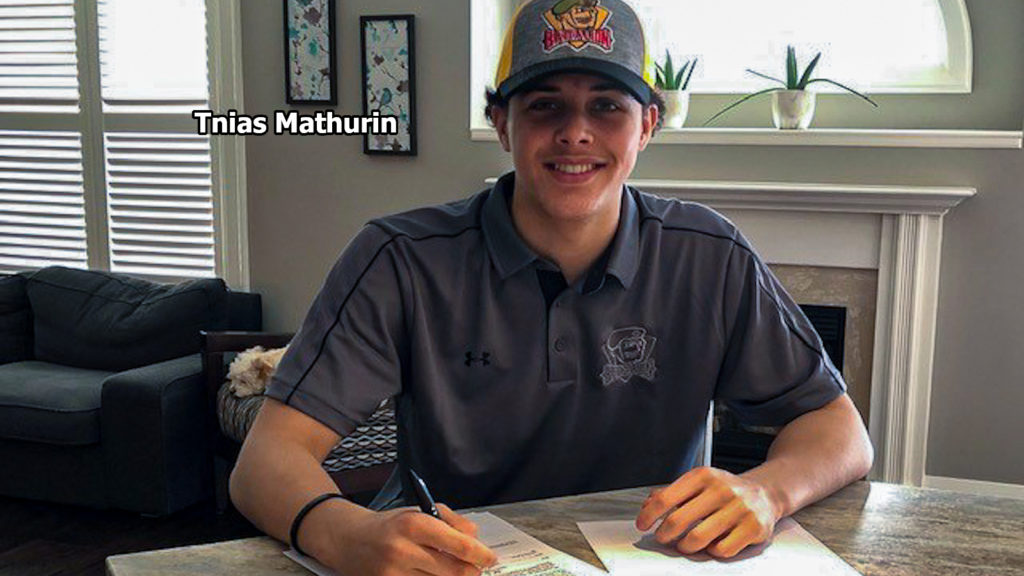 The Battalion chose Mathurin from the Ajax-Pickering Raiders minor midgets in the third round, 41st overall, of the OHL Priority Selection on April 4. The six-foot-two, 190-pound resident of Ajax, Ont., scored seven goals and added 12 assists for 19 points in 35 games.

“Honoured to sign with the Battalion organization, excited to get up to North Bay to meet the team and the fans!” Mathurin, a left shot who turned 16 on Jan. 15, said via text.

“Thank you to my family, coaches and friends that helped make this possible. Can’t wait to get started and wear the green!”

General manager Adam Dennis pointed to Mathurin’s potential contributions at both ends of the ice.

“With Tnias we add yet another captain to our program. Tnias is a big mobile defenceman who’s very difficult to play against in his own end. He also has the ability to join the rush and can move pucks efficiently.

“We’re thrilled to have him join our young core.”

North Bay now has reached agreement with its first three picks in the OHL Priority Selection, including defenceman Ty Nelson, the No. 1 overall choice from the Toronto Jr. Canadiens, and centre Dalyn Wakely, taken in the second round from the Quinte Red Devils. Both turned 16 in March.