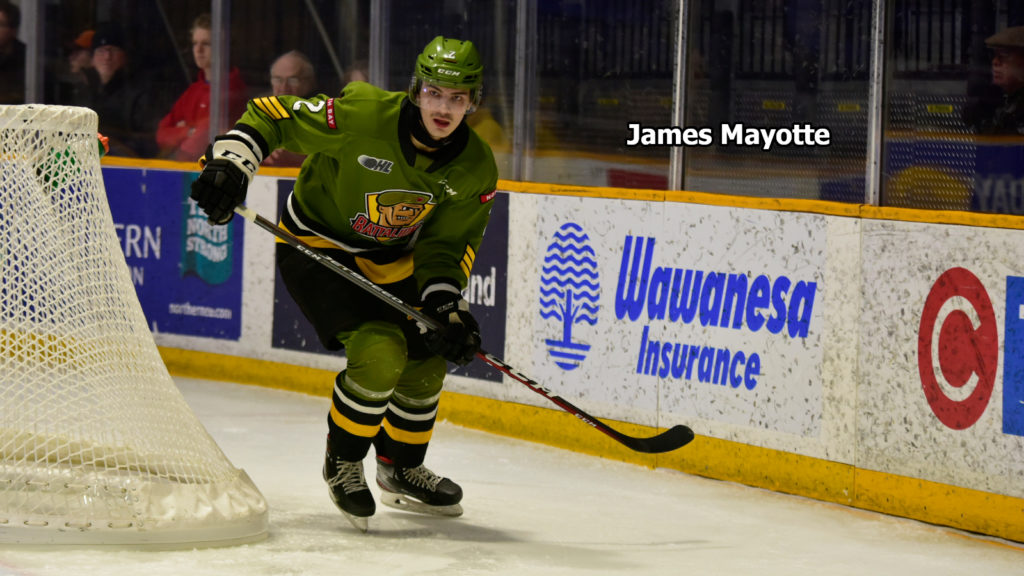 Mayotte, 19, played 50 games in 2019-20, the last season in which the OHL iced teams before the coronavirus pandemic caused cancellations, scoring one goal and adding eight assists for nine points while accumulating 10 penalty minutes.

The Battalion chose the Mallorytown, Ont., resident, who measures six-foot-two and 204 pounds, in the fifth round of the 2018 Priority Selection from the under-16 program at Shattuck-St. Mary’s, a private school in Faribault, Minn.

The trade was the second that general manager Adam Dennis engineered with Michigan-based clubs in two days. On Monday, the Battalion acquired the OHL rights to centre Adam Fantilli from the Saginaw Spirit in exchange for five Priority Selection picks, four of them conditional.

Fantilli, a resident of Nobleton, Ont., was Saginaw’s first-round choice in the 2020 Priority Selection. He is entering his second season with the Chicago Steel of the United States Hockey League.

Mayotte’s departure leaves the Battalion with nine defencemen on the preseason roster, including five newcomers.

The Battalion opens a four-game exhibition schedule at 2 p.m. Saturday when it plays host to the Owen Sound Attack.