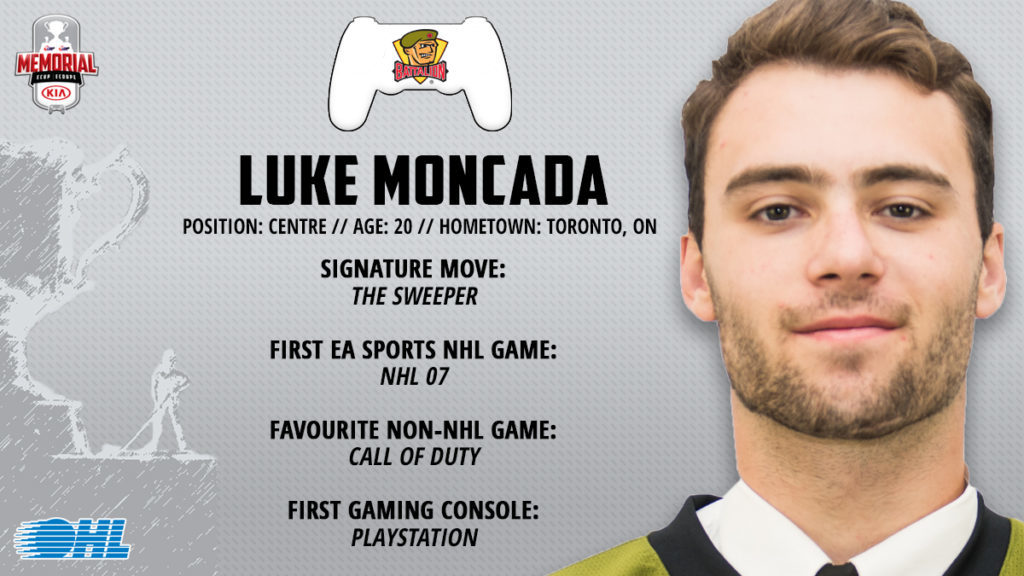 NORTH BAY, Ont. — The captain will carry North Bay Battalion interests into battle after the inaugural Memorial eCup presented by Kia gets under way on Saturday.

Luke Moncada faces right winger Jeremy Michel of the Quebec Major Junior Hockey League’s Val d’Or Foreurs, nominally the home side, at 6:50 p.m. Monday in one of four games on the second day of competition, which features representation from all 60 clubs in the Canadian Hockey League, made up of the Ontario Hockey League, Western Hockey League and QMJHL, and four guest players.

Centre Moncada will look to do the Battalion proud with in-game tricks such as the ‘sweeper’ and the ‘puck chop’ against Michel.

Moncada, who was voted the Eastern Conference’s most underrated player in the 2020 OHL Coaches Poll, tied for second in the league in shorthanded goals with seven. He also set a single-game franchise record with three goals in a span of 5:44 in a 3-1 verdict Jan. 18 over the host Niagara IceDogs.