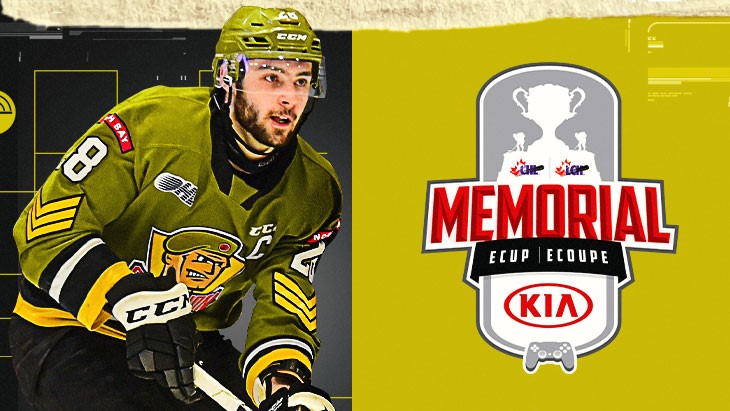 Trevor Longo and the host Vancouver Giants defeated captain Moncada’s North Bay Battalion 5-1 in a third-round meeting that served as a Sorento Division semifinal. The Western Hockey League’s Giants, who had defeated Allan McShane’s Oshawa Generals 4-2 in the second round, advance to face Ty Collins and the Mississauga Steelheads in the division final Monday night.

Brandon Coe scored in the opening minute for the Ontario Hockey League’s Battalion, but that was to be all for North Bay’s offence. Longo and Vancouver replied with the lone goal of the middle period and netted four goals, the winner at 2:42, in the final frame to end Moncada’s string of tournament comebacks.

Trailing 5-0 in the first period of a first-round meeting with Jeremy Michel and the Quebec Major Junior Hockey League’s Val d’Or Foreurs, the Battalion scored nine of the next 10 goals for a 9-6 victory. In the second round, Moncada, having given up the opening goal, scored shorthanded in the final minute of regulation time for a 2-1 decision over Colin Ratt and the Sherbrooke Phoenix of the QMJHL.

The single-elimination tournament on the PS4 console featured representatives from all 60 Canadian Hockey League clubs and four guest players.

All tournament games are streamed via Facebook Live and Twitch.