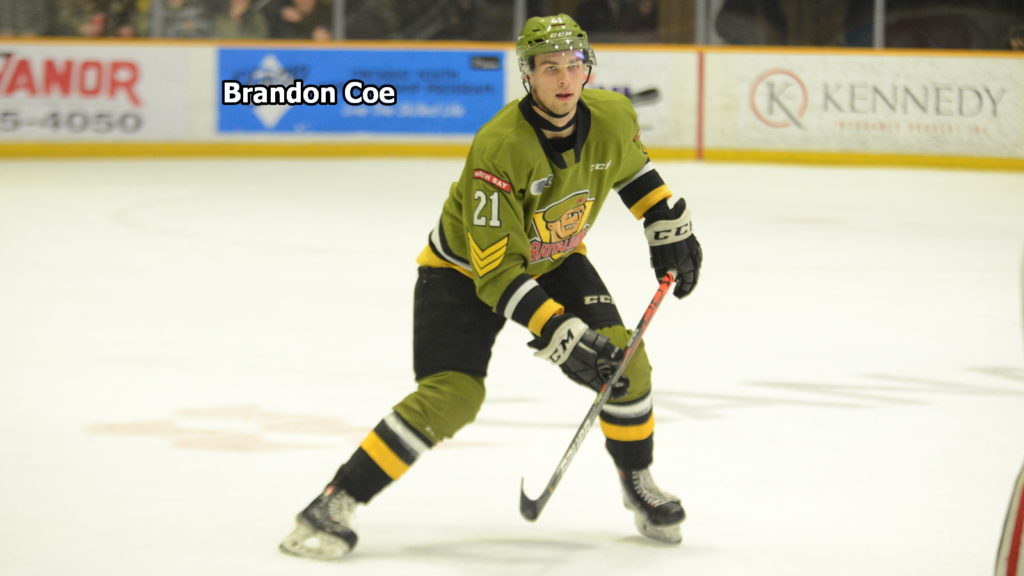 Coe, who turns 19 on Dec. 1, is rated 35th among 241 North American-based skaters on one of four lists released Wednesday. He moved up 12 spots from the midseason list, when he was ranked 47th.

“Brandon has worked hard and improved in a lot of areas throughout the second half of the season,” said Adam Dennis, the Battalion’s general manager. “He was an integral part of the team’s late playoff push and a key contributor to the offence.

“When it comes to ability, Brandon has several outstanding qualities. He’s an excellent skater with excellent puck skills and can play with a mean streak. The sky’s the limit for this young man, and any NHL team will be lucky to have him.”

Ranked 104th is left winger Carson Bantle, whom North Bay took in the 14th round of the 2018 OHL Priority Selection. He has played the last two seasons with the Madison Capitols of the United States Hockey League.

The top-rated OHLer is centre Quinton Byfield of the Sudbury Wolves at No. 2, followed by defenceman Jamie Drysdale of the Erie Otters at No. 3.

The NHL also ranked 36 North American-based goaltenders, including nine OHLers, led by Nico Daws of the Guelph Storm at No. 1. Nine WHL and five QMJHL goaltenders made the list.

A total of 150 European-based skaters and 10 European-based goaltenders made up the other two lists compiled ahead of the draft, which was scheduled June 26-27 at Montreal before the advent of the coronavirus pandemic. The NHL postponed the draft last month, with new dates still undetermined.