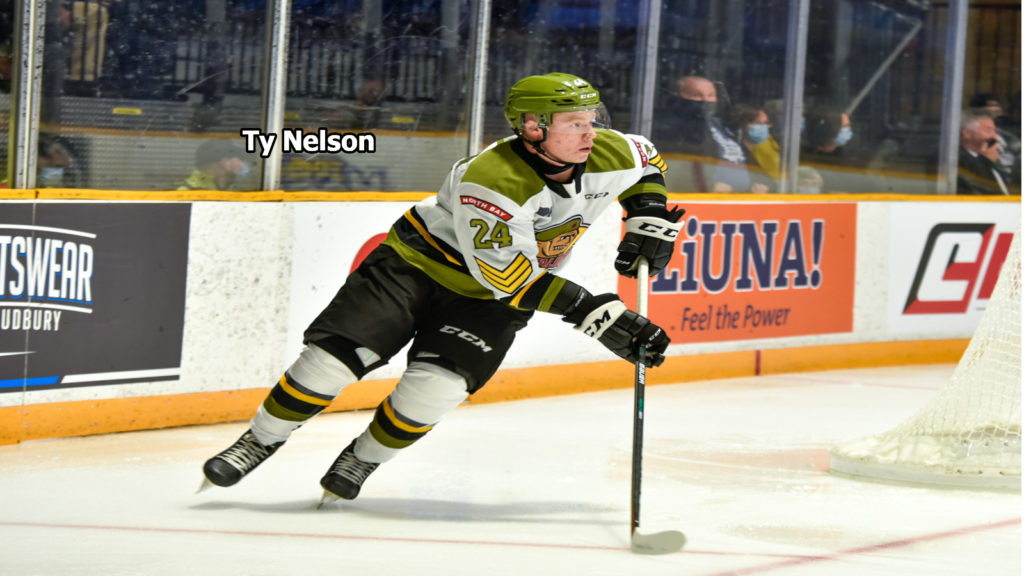 Centre Arnsby and defenceman Nelson are rated as B prospects, or candidates for selection in the second or third round of the seven-round draft, to be held July 7-8 at Montreal.

Centres Shane Wright of the Kingston Frontenacs and Matthew Poitras of the Guelph Storm remain A prospects and are joined this month by Guelph centre Danny Zhilkin and defenceman Pavel Mintyukov of the Saginaw Spirit in the top tier.

“Some players who are true first-year draft-eligible players or did not have the opportunity to play in 2020-21 have been able to establish their game, and others have displayed continued improvements and developments,” Dan Marr, director of NHL central scouting, said in a release.

“This update provides the opportunity to highlight some players whose game is trending in the right direction.”

Entering play Friday night, Mintyukov, who has been moved to the A category since October, was tied for 36th in scoring by defencemen, with one goal and five assists for six points and a plus-minus of plus-2 in 13 games. Nelson, the No. 1 pick in the 2020 OHL Priority Selection, was tied for second in rearguard scoring with four goals and 12 assists for 16 points and a plus-12 in 17 games.

“We’re grateful to have some recognition and look forward to proving that our guys deserve a bit more respect than they’ve been given,” Battalion general manager Adam Dennis said via text en route to a road game against the Oshawa Generals.

Nineteen of 20 OHL teams were represented on the list, led by the London Knights with seven players ranked, Guelph with six and the Battalion and Niagara IceDogs with five each.