On the road again 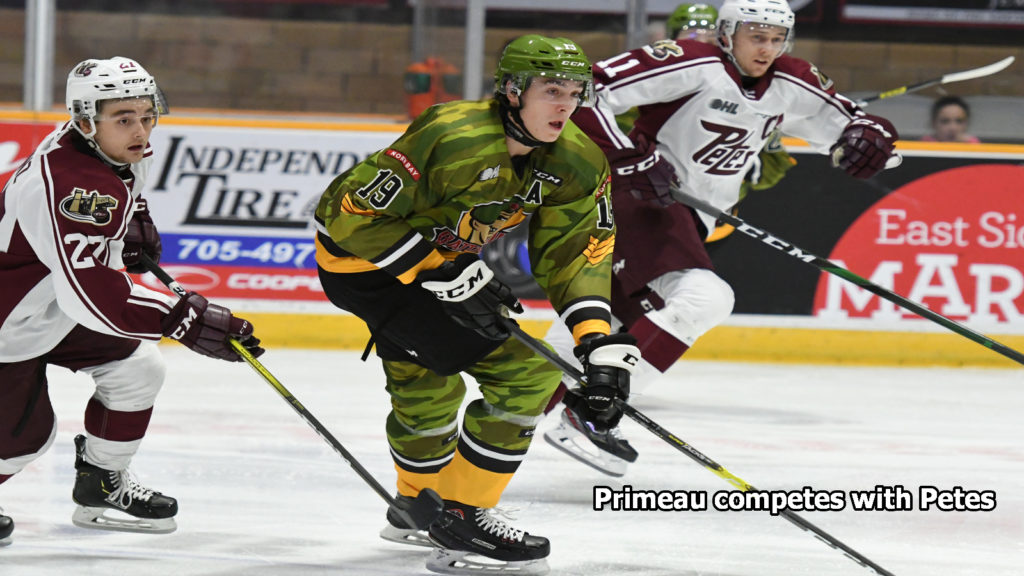 NORTH BAY, Ont. — The North Bay Battalion heads back on the road for three games this weekend as the schedule continues to make strong demands on the Ontario Hockey League’s youngest team.

“We’ve got to keep working on it and stay with the process,” Stan Butler, director of hockey operations and head coach, said Wednesday.

“The kids are working hard in practice, and the biggest thing we tell them is we’re a young team, it’s going to take us a little while to get where we want to go, but eventually it’s going to click in.”

North Bay dropped two home games against Eastern Conference foes last weekend, 3-2 Friday night to the Sudbury Wolves and 8-3 Sunday to the Peterborough Petes, extending a losing streak to seven games. The Battalion faces the London Knights on Friday night, the Windsor Spitfires on Saturday night and the Sarnia Sting on Sunday.

Before the Sudbury game, the Troops made two road trips to the Western Conference and were outscored 41-12 in five losses. Their last win was a 7-5 home-ice verdict Oct. 14 over the Sault Ste. Marie Greyhounds.

The Battalion has a won-lost-extended record of 3-13-0 for six points, fifth and last in the Central Division. London, which has won its last three games, is 8-4-2 for 18 points, third in the Midwest Division.

Butler noted that consistency, not only from game to game but from shift to shift, is required.

“We’ve got to realize that, if we don’t play hard for 60 minutes going into London, it’s going to be a long night.”

Butler, the Battalion’s coach since its inception, hasn’t had a team post a season-opening record such as the one this year since the expansion season of 1998-99, when Brampton finished with a won-lost-tied log of 8-57-3.

After losing its first six games, the Battalion defeated the visiting Wolves 5-4 on Oct. 18 and went on to a 2-14-0 record through 16 games, downing the host Mississauga IceDogs, fellow expansionists, 6-2 on Nov. 6. After two more losses, the Troops put an 8-1 beating on Mississauga at Brampton on Nov. 14 and were 3-16-0.

The demands are greater now, with no one handing over games the way the IceDogs did that year, when they finished 4-61-3. At that, the Battalion was only 4-1-1 against them before winning all six games the following season.

Right winger Brandon Coe has one game left to serve from a two-game suspension for an ostensible slew-foot against Liam Ross last Friday night. Mat Hardwick was summoned from the Powassan Voodoos of the Northern Ontario Junior Hockey League to replace him against Peterborough and earned an assist, but he has rejoined his junior A club.

David Campbell of the NOJHL’s Blind River Beavers arrived in North Bay on Wednesday and will be on the road trip. Left winger Campbell has played four Battalion games this season, most recently on Oct. 14, and has one assist.

Defenceman Ryan Merkley follows with two goals and 14 assists for 16 points in 12 games. The first overall pick in the 2016 OHL Priority Selection by the Guelph Storm, he was traded to Peterborough, which handed him off to London on Sept. 27.

The game at London can be seen live in North Bay on YourTV Channels 12 and 700 and heard on Country 600 CKAT. 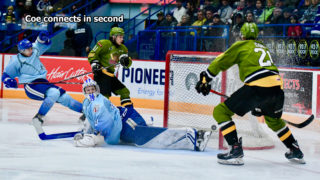 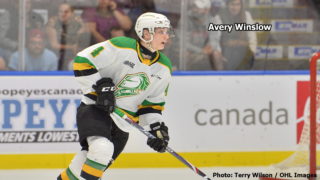 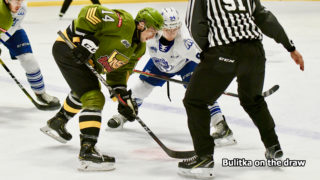 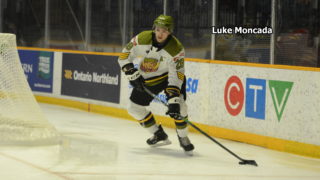