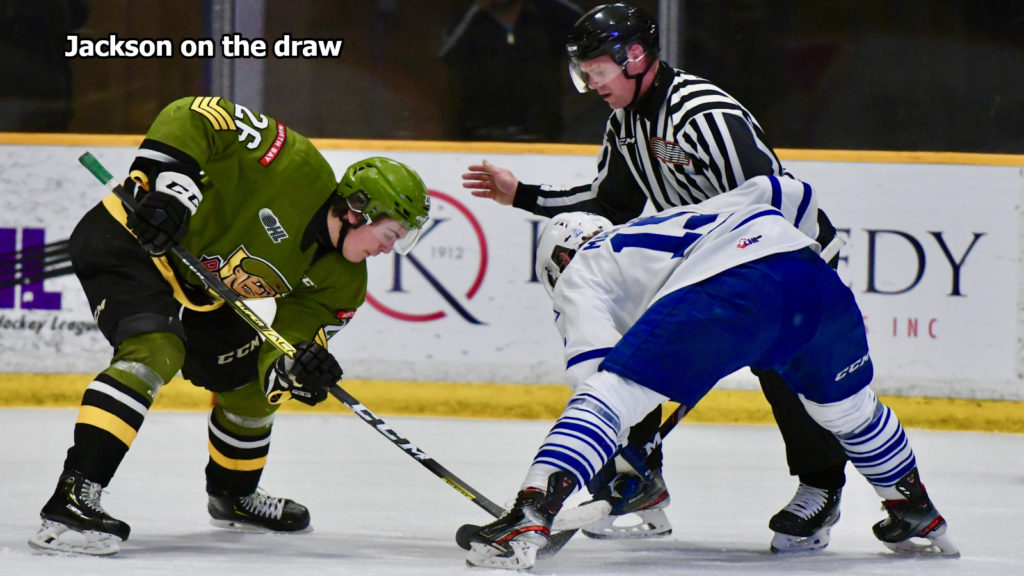 NORTH BAY, Ont. — For the last time this season, the North Bay Battalion has only two games on its schedule this week, but each poses a stiff challenge.

The Ottawa 67’s, who boast the best record in the Ontario Hockey League, visit Memorial Gardens at 7 p.m. Thursday before the Saginaw Spirit pays a call Sunday. They’re the second and third of four consecutive home dates for the Battalion.

But the Battalion, which ended an eight-game losing streak with a 4-0 road victory Saturday night over the Barrie Colts, followed up with a 3-2 overtime win Sunday against the visiting Mississauga Steelheads. Having lost 5-4 in overtime at home last Thursday night to the Sarnia Sting, the Troops have garnered at least a point in three straight games for only the second time this season.

“It was a step in the right direction,” interim coach Ryan Oulahen said Wednesday of the Battalion’s set of back-to-back wins.

Oulahen said the team concentrated on the front of its own net as an area for improvement and results flowed from there.

“That one area of the ice being our focus really started getting our game going.”

The play of rookie goaltender Joe Vrbetic, who stopped 41 shots at Barrie for his first OHL shutout and made another 38 saves against Mississauga, certainly helped.

“He got into a rhythm,” said Oulahen. “He was square and calm.”

“We’re just going to talk about the challenge,” allowed Oulahen. “You’ve got to get excited about these types of moments as an athlete, because that’s the measuring stick.

“They’re the best team in Canada for a reason.”

“You know it’s going to be a hard game, but you’ve just got to play your best and try to keep the momentum going from the weekend,” he said of the date with the 67’s.

Russell has a goal in each of the last three games, including an empty-netter at Barrie.

The Ottawa game sees Teachers Life present Talk Today. The Canadian Mental Health Association, which works with the Battalion and OHL on mental health initiatives, will have a kiosk in the concourse.