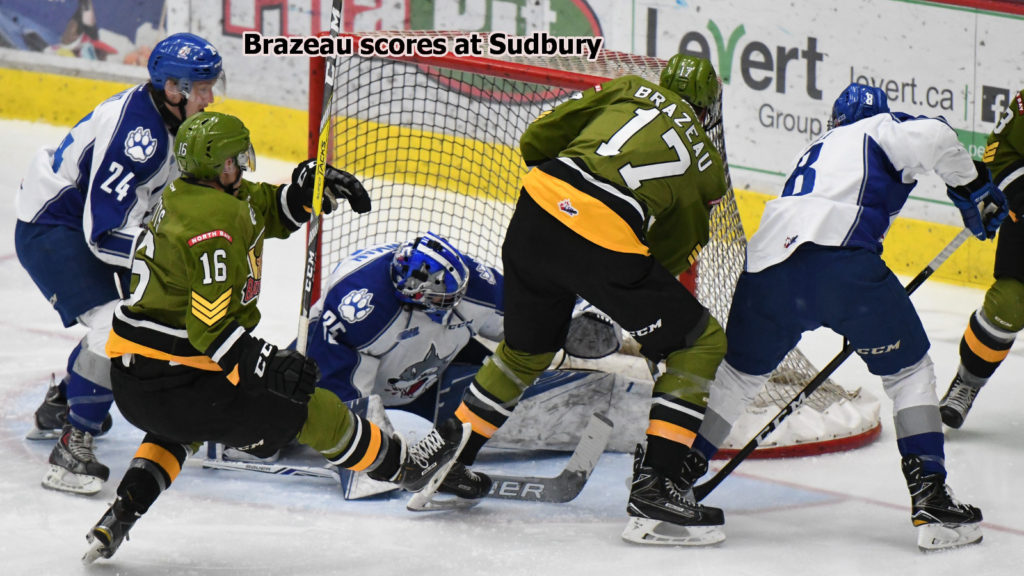 Butler said Wednesday it comes as no surprise to him that Oulahen, who played centre for Butler when the Ontario Hockey League franchise was based in Brampton, has produced positive results as the rookie bench boss for the Firebirds.

“Firstly, he was an extremely hard-working person; he always worked hard,” noted Butler. “He’s very, very intelligent. He was a good leader. He knew how to get along with people, and he kind of knew what it took.

“He was ready for a long time to be a head coach, but there are only so many of those jobs. I think people have seen in Flint this year that he’s done a very, very good job there.”

The Firebirds have a won-lost-extended record of 14-12-2 for 30 points, fourth in the West Division. The Battalion, with an identical record, is first in the Central Division after a 6-5 overtime victory over the host Sudbury Wolves in its most recent outing last Friday night.

In a wide-ranging media scrum that included commentary on the Battalion’s goaltending situation and the awarding of the 2018 Ford World Women’s Curling Championship to North Bay, Butler acknowledged that Oulahan, 31, was seen as his mentor’s successor with the Troops before leaving for Michigan.

“I think that was the plan at one time but, no, I don’t blame him. In life, when there’s opportunity there, you’ve got to take advantage of it, and it’s a good move for him. He’s in good hands with (general manager) George Burnett. George is a good, experienced guy.

“He’s also got a pretty good older team. George added (right winger Kole) Sherwood and (goaltender) Connor Hicks, and I think they’ve got a pretty good team. They’re going to be a tough out on that side of the playoffs for somebody.”

Oulahen brings with him Garrett Forrest, whose OHL rights the Battalion traded to Flint last August in acquiring fellow goaltender Brent Moran. Overager Moran and backup Mat Woroniuk are injured and expected to be out of action until after the Christmas break.

Butler has worked hard to fill the gap, first acquiring Bradley Van Schubert under the OHL’s emergency goaltender protocol to back up Moran and then, after he went down with a shoulder ailment, Julian Sime from the junior A Mississauga Chargers. Drew Joyal of the North Bay Trappers midgets backed him up for two games.

The Powassan Voodoos of the Northern Ontario Junior Hockey League, with whom Forrest played last season, are the Troops’ junior A affiliate, but both their goaltenders are unavailable to North Bay. One, whose OHL rights are held by the Peterborough Petes, awaits either signing with the Petes or a National Collegiate Athletic Association scholarship, and the other, recently arrived from Alberta, also is said to be looking to the NCAA.

Butler found help from the director of hockey operations of the NOJHL’s Espanola Express.

“We were lucky enough to go to Espanola, to Randy Blake, and they were able to provide us with a goalie that we’ll be using for the next little while. His name is Logan Sawka, and he’ll be arriving in town tomorrow and he’ll back up for the three games this weekend, and then after that we’ll look at other options to go forward.”

Sawka, 19, is a six-foot-four, 205-pound Calgary resident who’ll be with the Troops when they visit the Oshawa Generals on Friday night and play host to the Windsor Spitfires on Sunday.

Butler said that, while the curling championship figures to pose a considerable challenge for the Battalion at the end of next season, it’s a welcome event. Given ice preparation and restoration, the world tournament, which extends over nine days of competition, is expected to bar the Troops from Memorial Gardens from March 11-27.

“One thing we’ve always tried to do, and when I say ‘we,’ (owner) Scott Abbott, is do what’s best for the community, and we realize that this is a great thing for the city of North Bay,” said Butler. “I think it gives them national exposure and it will be a very, very positive spinoff. As a person that enjoys watching curling, I’m pretty excited about it.

“Will it be a real challenge for our team? That’s an understatement. The way I understand it, we’ll be out of our building for three weeks. I’m hoping that we can secure Powassan for practice times through that period.

“Through the last week of the season or so, it probably won’t be a challenge. We definitely will be on the road to finish the year, but we may have to start playoffs, irrespective of where we are, on the road, but we’ll work through it.

“Maybe some of the people in the community will now realize that you’ve got to invest to get things like this, so the investment they’ve made into the facility here, which has nothing to do with us in this particular case, is the reason you’re going to get a world curling championship. If you didn’t invest in this facility and it was as it was before we got here, there’s no way that you would get an event like that.” 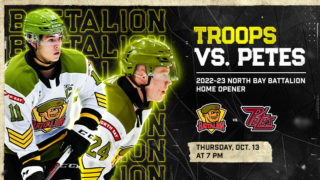 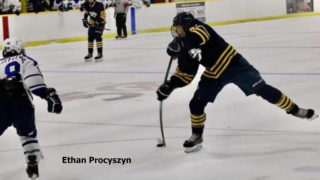