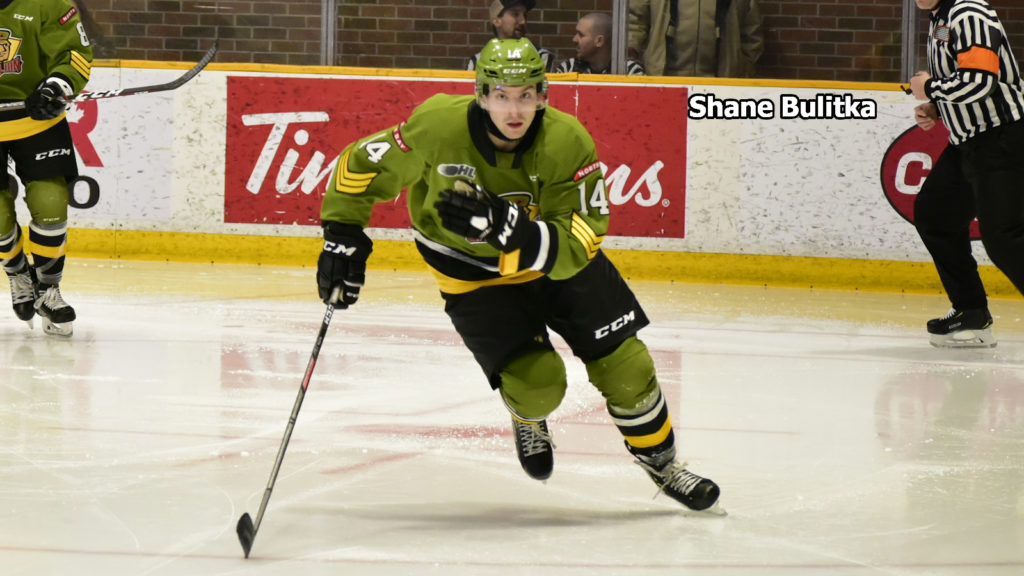 NORTH BAY, Ont. — When the last six games of the North Bay Battalion’s regular season were cancelled because of the coronavirus pandemic, the decision deprived overagers Shane Bulitka and Nick Grima of the Ontario Hockey League club’s customary recognition of graduating overage players.

While video tributes couldn’t be shown, plans are being made for the two players to receive the portraits by artist Jack Lockhart that have become traditional in recent years.

Bulitka played all but 24 of his 259 OHL games with the rival Sudbury Wolves, joining the Battalion in a Jan. 9 trade for fellow overager Brad Chenier, the Troops’ captain. Bulitka, who played centre and left wing with North Bay, was a Sudbury co-captain.

“Bulitka joined our team in a deadline deal, and little did we know the impact he would have in such a short period of time,” general manager Adam Dennis said Thursday.

“Shane brought instant leadership and a work ethic that our young players couldn’t help but notice. He became an extension of the coaching staff and an example for our young players to look up to. It’s regrettable that we didn’t have longer to get to know Shane, but we’re grateful for the opportunity to have met him.”

Bulitka scored seven goals and earned 13 assists for 20 points with the Troops, giving him OHL career totals of 57 goals and 103 assists for 160 points with 110 penalty minutes in four-plus seasons. A resident of Ilderton, Ont., he was a second-round choice in the 2015 OHL Priority Selection from the Elgin-Middlesex Chiefs minor midgets.

Another trade acquisition, defenceman Grima joined the Battalion last Oct. 7 from the Sarnia Sting in exchange for a conditional fifth-round pick in 2022. The Toronto resident was a second-round choice by the Peterborough Petes in 2015 from the Toronto Titans minor midgets before being sent to Sarnia on Dec. 31, 2016, with six OHL Priority Selection picks for right winger Nikita Korostelev and rearguard Alex Black.

“Grima came in as an early-season acquisition and brought with him veteran leadership to a young defensive corps,” said Dennis.

“He added to our team and culture and was always a pleasure to be around. Not only did Nick have a great impact on the ice but he was also a leader in the community, always volunteering his time. It’s been a pleasure getting to know Nick and his family, and we look forward to following his career.”