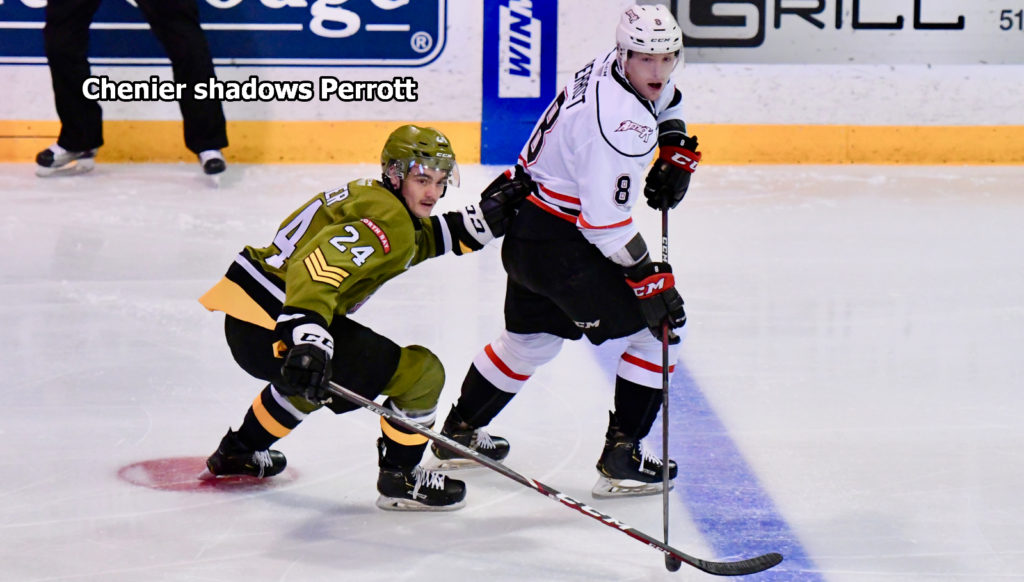 OWEN SOUND, Ont. — Joshua Samanski scored the only goal of a shootout to lift the Owen Sound Attack to a 4-3 victory over the North Bay Battalion in Ontario Hockey League exhibition action Saturday.

Kaleb Pearson scored two goals and Kirill Nizhnikov had one goal and one assist for the Attack before the teams, in accordance with OHL protocol for the preseason, went straight to the shootout, skipping overtime, after being tied through 60 minutes.

Starting goaltender Mack Guzda gave up one goal on 22 shots before being relieved by Nick Chenard at 10:25 of the second period. He allowed two goals on eight shots through the third frame.

Brandon Coe, shooting first, Russell and Chenier failed to beat Chenard in the shootout, while Samanski connected before Vrbetic denied Nizhnikov. When Chenier was stopped, the Attack didn’t need another attempt.

Pearson struck at 7:34 of the third period to tie the game 3-3. He seized a loose puck in traffic in the goalmouth and spun to fire it home for his third goal of the preseason.

Chenier, with his fourth goal, gave the Battalion its only lead at 2:32, taking a crisp cross-ice pass from Coe and one-timing the puck behind Chenard from the right-wing circle.

After Owen Sound forged a 1-0 lead through 20 minutes, Russell tied it at 1:06 of the second period, faking a pass off a three-on-one rush and snapping the puck home from the left circle. James Mayotte drew an assist.

Nizhnikov gave Owen Sound a 2-1 lead at 15:59 on an assist from Igor Chibrikov. After a left-point shot made its way through traffic, Nizhnikov found himself alone in front of Vrbetic to deke the goaltender and tuck the rubber around him.

Chenier replied at 19:21 when he took off on a two-on-one rush, feinted a pass and ripped the puck past Chenard low to the blocker side. Nick King, a onetime member of the Attack, contributed the sole assist.

Pearson scored on the power play at 10:57 of the first period, splitting the defence and dashing to the net to backhand the puck high past Vrbetic. Nizhnikov had the lone assist.

Harrison Caines threatened Guzda in the fourth minute, with Cameron Peters following up with a shot over the net. Vrbetic produced a good save against Ethan Burroughs on a pass to the right side of the crease in the sixth minute.

David Campbell forced his way past a defender on a rush down the left wing and had Guzda looking behind him after a stop at 15:16, and the goaltender denied Caines on a sortie across the goalmouth in the 19th minute.

North Bay plays host to Owen Sound at 2 p.m. Sunday to complete the preseason schedule for both clubs.