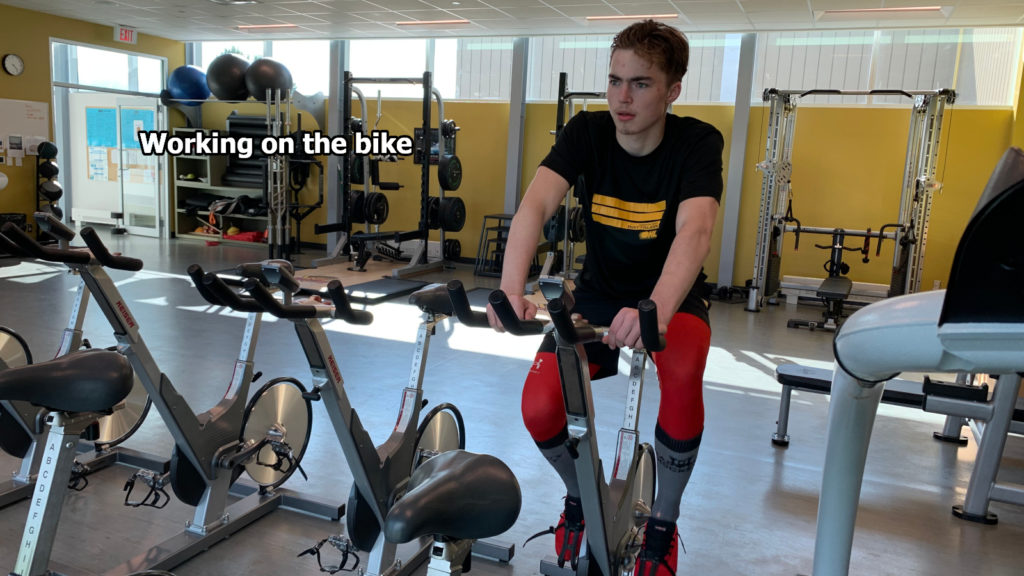 NORTH BAY, Ont. — The first of the North Bay Battalion’s Russian duo has arrived and got right to work with the Ontario Hockey League club.

“The trip was very long, but it’s okay ahead of the big season,” said forward Matvey Petrov, who flew into Toronto on Wednesday night and has skated the last two days with the Battalion.

“I’m ready. North Bay is very nice and a good city for me. I have a very good billet family and I like everything so far.”

Petrov, who described his primary on-ice attributes as “my shot, vision and scoring flair,” said that he’s worked hard this summer to get ready for hockey in North America.

“I prepared for two months, every day in the gym and on the ice,” he noted after practice Friday.

Petrov’s travel itinerary is far from finished, as he leaves Sunday for camp with the Edmonton Oilers, who made him a sixth-round selection in the National Hockey League Draft on July 24.

Lukin, the Battalion’s first-round pick in the 2021 CHL Import Draft on June 30, is a six-foot-one, 200-pound left-shot defenceman who turned 17 on March 27. He played in 2020-21 with the Chekhov Russkie Vityazi juniors, scoring one goal and adding three assists for four points in 24 games. Chekhov is 68 kilometres from Moscow.

Lukin, still in Russia, is expected to join the Battalion within two weeks.

In addition to Petrov, six other Battalion members are set to head to NHL development or mixed camps starting Sunday.

Goaltender Joe Vrbetic, taken in the seventh round of the 2021 NHL draft, reports to the Montreal Canadiens, and right winger Brandon Coe, who was at a San Jose Sharks development camp in August, leaves for rookie camp. Potential overager Coe was a fourth-round pick by San Jose in 2020.

Four Troops are going to camps as undrafted invitees, numbering defencemen Avery Winslow to the Tampa Bay Lightning, Paul Christopoulos to the Carolina Hurricanes and Ty Hollett to the Ottawa Senators and left winger Kyle Jackson to the Nashville Predators.

The Battalion opens its four-game preseason schedule when it plays host to the Owen Sound Attack at 2 p.m. Saturday, Sept. 18.