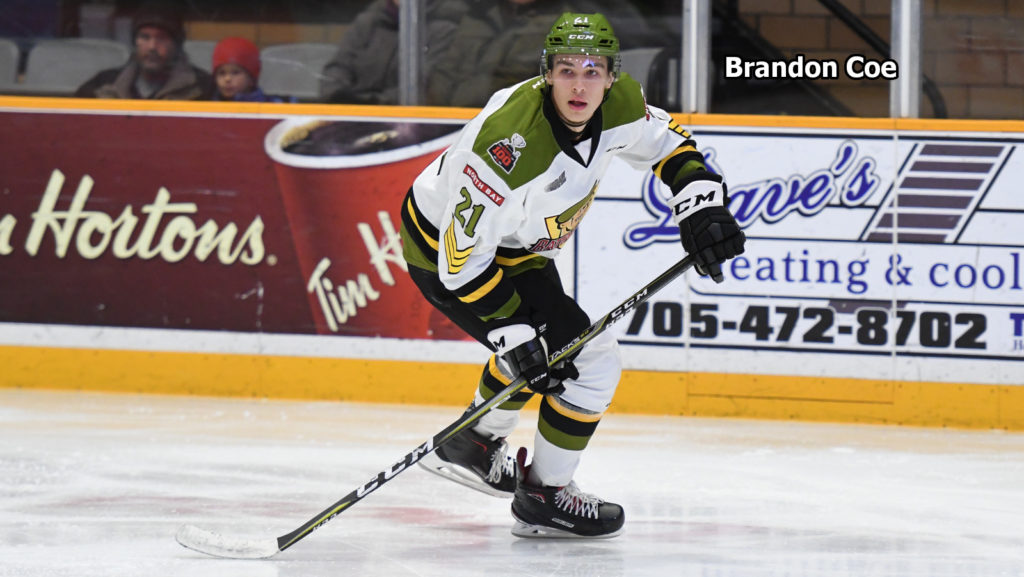 NORTH BAY, Ont. — Right winger Brandon Coe of the North Bay Battalion was selected Wednesday by the San Jose Sharks in the fourth round, 97th overall, of the National Hockey League Draft.

The draft, conducted in virtual fashion from 31 club sites because of the coronavirus pandemic, saw a total of 31 Ontario Hockey League players chosen, among 78 from the Canadian Hockey League, including 28 from the Western Hockey League and 19 from the Quebec Major Junior Hockey League. In all, 216 skaters and goaltenders were claimed.

He was North Bay’s first-round pick, third overall, in the 2017 OHL Priority Selection from the Toronto Nationals minor midgets.

Coe, speaking from his Ajax, Ont., home, said it was “an incredible feeling being drafted by such a great organization.”

He said he was “looking forward to being able to have the opportunity to learn from players like Brent Burns and Logan Couture.”

“Although the draft was virtual, it was a great experience for my family and myself.”

“We know how hard he’s worked to get here. The way he played in the back half of last season is just scratching the surface of his potential. We feel the San Jose Sharks got a great young man.

“Our entire staff is elated for Brandon and his parents, Lance and Heather.”

The NHL, which lists Coe as the 98th pick, failed to renumber selections after the 48th despite having stripped the Arizona Coyotes of the 49th pick in August for violating the scouting combine policy by conducting physical tests of draft-eligible players. In addition to its second-round choice this year, Arizona lost its first-rounder in 2021.

Another player with a Battalion connection was taken in the fifth round, 141st overall, when Arizona tabbed left winger Carson Bantle, whom North Bay named in the 14th round of the 2018 OHL Priority Selection. He has played the last two seasons with the Madison Capitols of the United States Hockey League.

Centre Quinton Byfield of the Sudbury Wolves was the top OHL selection at No. 2 in the seven-round process, after the first overall pick, left winger Alexis Lafreniere of the QMJHL’s Rimouski Oceanic.

Coe became the eighth Battalion member selected in the NHL draft in the North Bay era, which started with the 2013-14 season after relocation from Brampton. The Vegas Golden Knights chose centre and left winger Mason Primeau in the fifth round last year. 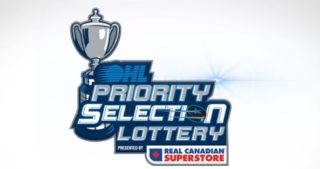