Three set for under-18 camp 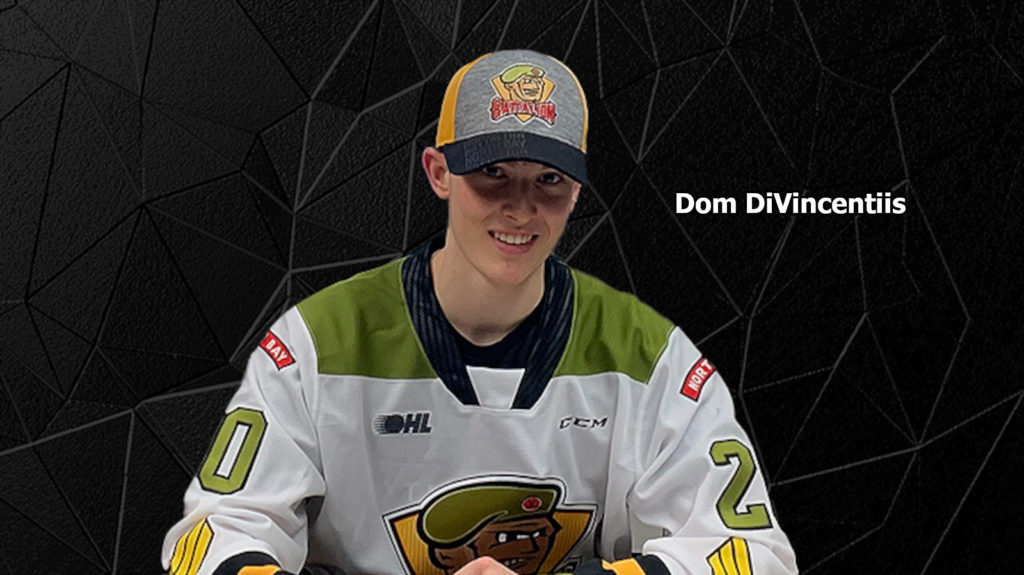 In addition, Battalion athletic therapist Andrew Sachkiw was selected to the staff for the camp, to be held July 25 to Aug. 4 in Alberta.

With 41 Canadian Hockey League players among a total of 45 invited, the Battalion and Peterborough Petes, with two apiece, were the only OHL clubs with more than one.

Nelson was the first overall pick in the 2020 OHL Priority Selection from the Toronto Jr. Canadiens minor midgets, while DiVincentiis was a sixth-rounder. With last season cancelled because of the coronavirus pandemic, neither has yet made his Battalion debut.

In 61 games in 2019-20, Nelson had 18 goals and 47 assists for 65 points. He led Greater Toronto Hockey League defencemen in regular-season scoring with 32 points, including 11 goals, in 33 games before pacing all rearguards offensively in the playoffs, putting up 12 points on one goal and 11 assists in 11 games as the Jr. Canadiens captured the league championship.

Toronto native Nelson was a member of Canada’s bronze medal-winning team at the 2020 Youth Olympic Winter Games in Lausanne, Switzerland.

The Bolton, Ont., resident was one of three goaltenders chosen in the 2020 OHL Priority Selection who took part in a virtual national under-17 development camp.

DiVincentiis is the only OHL goaltender chosen among a total of four, and Nelson is one of four OHL rearguards. Nine OHL forwards were invited.

Peterborough had defenceman Donovan McCoy and forward Sam Alfano named to the camp.

“This stage of our Summer Showcase is about bringing together the top under-18 players in Canada to work and learn from an elite-level coaching staff, giving them the necessary skills for their hockey development to grow and succeed,” Alan Millar, Hockey Canada’s director of player personnel, said in a statement.

“We have an opportunity to connect with the players through on- and off-ice sessions to give them the tools that will only enhance their skill set as they advance through our program and prepare for the upcoming season.”

The coaching staff for the camp features Alan Letang of the Sarnia Sting, Steve Hartley of the Drummondville Voltigeurs and Stephane Julien of the Sherbrooke Phoenix of the QMJHL and WHL nominees Brent Kisio of the Lethbridge Hurricanes, Dennis Williams of the Everett Silvertips and Brad Lauer of the Edmonton Oil Kings.