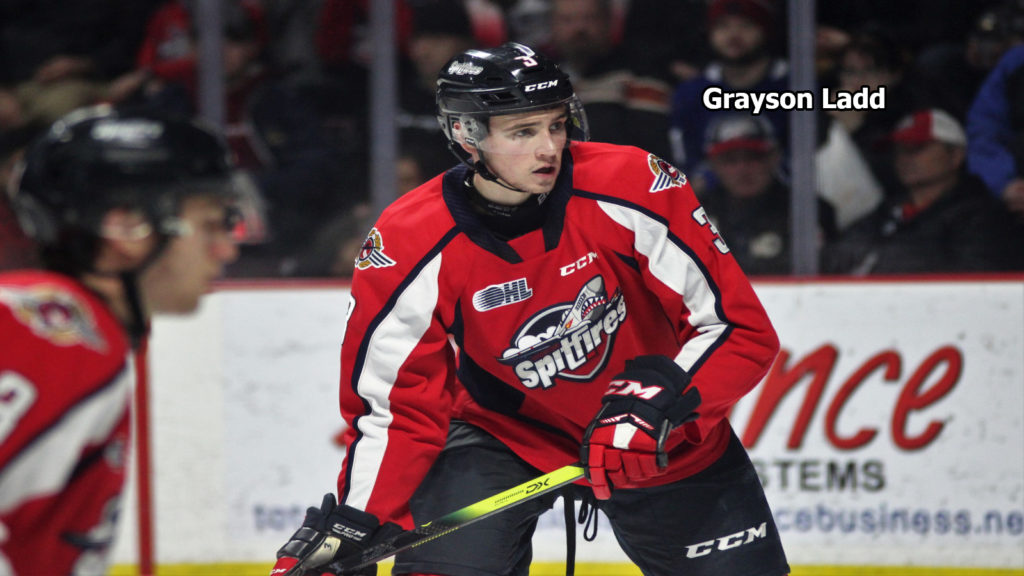 NORTH BAY, Ont. — The North Bay Battalion prepared for a 7 p.m. Thursday visit by the Mississauga Steelheads, making two trades in the process, as the Ontario Hockey League worked Wednesday to secure the rest of its schedule.

After a conference call of the board of governors, the league issued a statement saying it had “reaffirmed its commitment to continue the 2021-22 OHL season” and was “currently in conversation with government and public health and will have further updates in this area in the very near future.”

The league later announced the postponement of seven more games, none involving the Battalion, although a 7:30 p.m. visit Saturday to the Barrie Colts, previously postponed because of covid issues with the Colts, has been returned to the schedule.

The province has enacted stricter regulations designed to curtail a surge in infections by the omicron variant of covid, including barring spectators from indoor sports venues. The Mississauga game thus will be played in an empty Memorial Gardens.

The Battalion acquired three players in the trades, getting right winger Kyle McDonald and defenceman Grayson Ladd from the Windsor Spitfires and right winger Nikita Tarasevich from the Sarnia Sting.

North Bay sent Josh Currie, who has played all three forward positions, and three OHL Priority Selection picks, a second-rounder in 2022, a third-rounder in 2023 and a conditional fourth-rounder in 2023, to Windsor. The Battalion acquired Tarasevich for an eighth-round pick this year.

Ladd, a right shot who turned 20 last March 1, has one goal and eight assists for nine points in 26 games this season. In three-plus OHL campaigns, he has five goals and 46 assists for 51 points in 179 games.

A six-foot-two, 181-pound resident of Kent Bridge, Ont., he was a first-round pick, 13th overall, by the Kitchener Rangers from the Chatham-Kent Cyclones minor midgets in 2017.

“With McDonald we’re getting a big-bodied winger who knows how to put the puck in the net,” said Battalion general manager Adam Dennis. “Scoring in the OHL is no easy feat, and he’s been able to do it from a young age. It’s been no secret that we’ve needed to add to our secondary scoring, and Kyle will be able to do just that.”

Dennis described Ladd as “a veteran defenceman who we feel will play some very meaningful minutes for us down the stretch.”

“He’s a quality person with strong leadership qualities and is a big addition to our back end.”

Tarasevich, a five-foot-nine, 170-pound native of Minsk, Belarus, is a Birmingham, Mich., resident whom Sarnia chose in the 10th round of the 2019 Priority Selection from the Detroit Little Caesars program. Turning 19 on Feb. 9, he has two goals and three assists for five points in 20 games this season.

In 68 games with Detroit in 2018-19, he scored 38 goals and added 25 assists for 63 points. In 2019-20, he had 27 goals and 28 assists for 55 points in 49 games. He also played three games with the Omaha Lancers of the United States Hockey League, earning one assist, before seeing action in 11 games with Omaha last season, scoring one goal and adding four assists for five points.

Dennis, who noted Tarasevich “has a lot of upside,” said he “can skate and has skill, which will give us another player who can add to our scoring depth.”

Currie, who turns 20 on July 1, has nine goals and eight assists for 17 points in 28 games this season and career totals of 13 goals and 15 assists for 28 points in 82 games. The Pickering, Ont., resident was a sixth-round choice in 2018 from the Don Mills Flyers minor midgets.

Mississauga, which has won its last four games, boasts a won-lost-extended record of 19-7-2 for 40 points, first in the Central Division, Eastern Conference and league. North Bay has lost six straight, including a 5-4 setback Dec. 29 at Mississauga, and is 16-11-4 for 36 points, second in the division.

“As far as I’m concerned, being the coach, you can just focus on us still playing, which is the main thing, and getting prepared for what we think is a crucial and key game tomorrow night in terms of getting our team back to the Battalion that we know,” said Ryan Oulahen, whose charges lost 5-1 at home last Friday to the Ottawa 67’s.