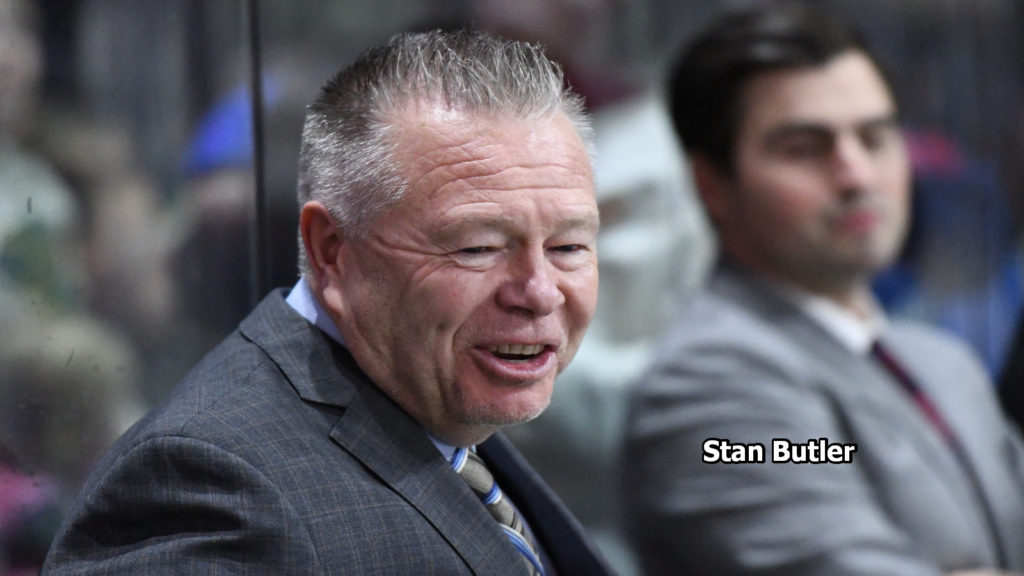 Stan Butler, who signed a five-year contract in 2018 as director of hockey operations and head coach of the Ontario Hockey League club, is to oversee the camp, with assistants Adam Dennis and Scott Wray running the benches in four intrasquad games.

“Obviously, we have spots open on our team,” Butler said Friday.

“We hope players come back ready to go, and we expect our team to trend upwards.”

Dennis also serves as assistant general manager, while Matt Rabideau takes on the title of senior director of hockey administration.

Bill Houlder is a coach with special responsibilities for defencemen, and Ryan Oulahen returns to the Battalion as skills coach. The onetime Brampton Battalion captain, assistant coach with the club and head coach of the Flint Firebirds last was with the Troops in 2015-16.

After fitness testing Sunday in the weight room at Memorial Gardens and on the running track at Chippewa Secondary School, the Green and White squads practise Monday morning before the first intrasquad game at 4 p.m.

Further intrasquad games follow at 9 a.m. and 4 p.m. Tuesday, before the final meeting at 9 a.m. Wednesday, after which non-roster players are to return home.

Admission to all scrimmages is free, and the Battalion store at Memorial Gardens will be open from 9 a.m. to noon Tuesday.

The team leaves Thursday for the second annual Preseason Showcase at Kitchener, which will see the Battalion play the Kitchener Rangers, Peterborough Petes and Saginaw Spirit on Friday night, Saturday and Sunday respectively. The Troops’ exhibition schedule also features a home-and-home set with the Owen Sound Attack.

The Battalion plays its season opener at home on Friday, Sept. 20, against the Barrie Colts.

Butler has been with the Battalion since a year before the club, which relocated to North Bay in 2013, began play as an expansion team in 1998-99. He also coached the Oshawa Generals for two seasons and the Prince George Cougars of the Western Hockey League for one, making this his 25th season on a Canadian Hockey League bench.