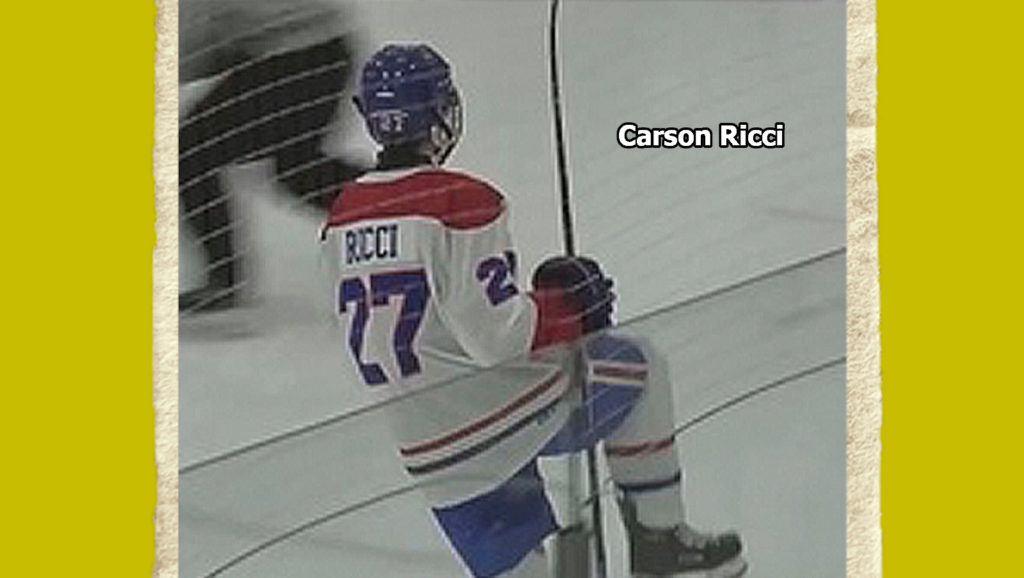 The Battalion tabbed Ricci 10th overall in the first round from the Toronto Junior Canadiens. The 17-year-old Kleinburg, Ont., product stands six-foot-two and weighs 190 pounds.

“Carson is a physical defenceman with good puck skills and a good first pass,” said Battalion general manager Adam Dennis. “He’s put in a lot of work over the last year and earned himself this selection.”

Fullerton, also 17, was taken 31st overall from the North Bay Trappers. With the Trappers minor midgets in 2019-20, he scored three goals and had 12 assists for 15 points in 29 games, while adding two assists in six games with the Trappers midgets.

“Jake is a local player who showed well in his first year of eligibility and was close to being picked last year,” noted Dennis of the five-foot-10 170-pounder.

“He’s shown well in the skates that have been available to him this past season and earned a spot with the Powassan Voodoos for next season.”

Powassan, of the Northern Ontario Junior Hockey League, is the former junior A affiliate of the Battalion.

The Under-18 Priority Selection was conducted via the internet. In the absence of overall standings from the pandemic-erased 2020-21 season, the order of selection was determined by a lottery, the results of which were announced May 6. The selection order reversed in each round.

The London Knights held the first selection and took centre Abakar Kazbekov of the Mississauga Senators.

Clubs were required to make two picks and, if a team selected a goaltender with either, were permitted a third choice to be used on a skater. For the first time since the process was instituted in 2017, the Battalion exercised only two picks, as did nine other clubs.

A total of 50 players were selected from 34 teams and numbered 21 forwards, 19 defencemen and 10 goaltenders. Forty-nine of those picked were born in 2004.

Eligible for selection were midget players not on the protected list of a Canadian Hockey League club and who were carded with a midget AAA team in the Ontario Hockey Federation, Hockey Northwestern Ontario or Hockey Eastern Ontario in 2020-21.