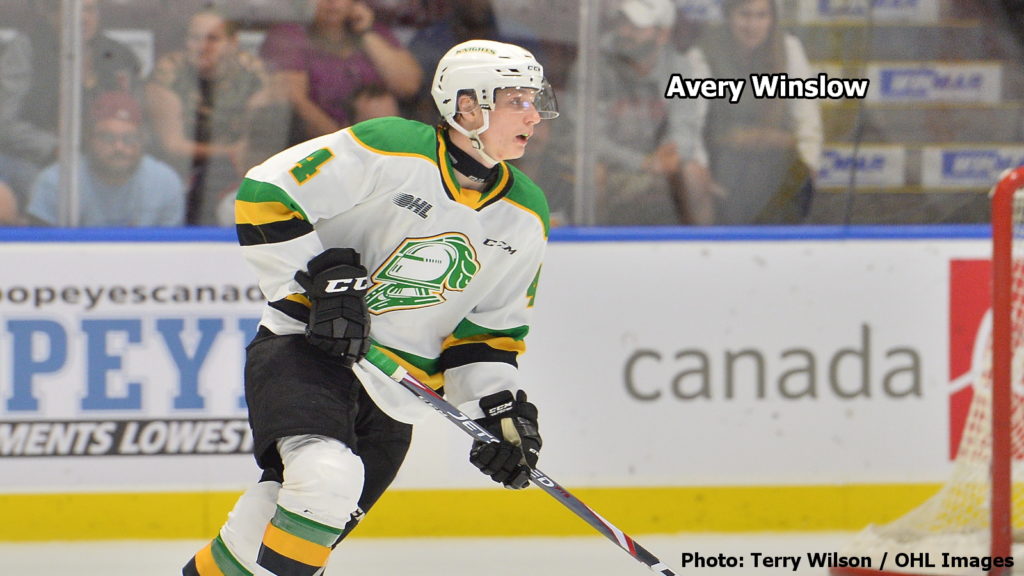 NORTH BAY, Ont. — The North Bay Battalion has acquired the Ontario Hockey League rights to Christian Stevens from the Niagara IceDogs in a trade for fellow centre Cameron Peters, the club announced Friday after the noon trade deadline passed.

North Bay received Stevens and two OHL Priority Selection picks, an eighth-rounder in 2022 and a third-rounder in 2023, for Peters and a sixth-round choice in 2022.

Stevens, who has played this season with the junior A Whitby Fury, was a sixth-round pick by the Windsor Spitfires in the 2018 OHL Priority Selection from the Whitby Wildcats minor midgets and was traded to Niagara during the last offseason.

The 17-year-old Whitby, Ont., resident, who stands six feet and weighs 190 pounds, is a right shot who has eight goals and 18 assists for 26 points while accumulating 87 penalty minutes in 32 games this season, his second with the Fury of the Ontario Junior Hockey League.

Peters was a second-round selection in 2018 from the Toronto Marlboros minor midgets. He had two goals and four assists for six points in 38 games with the Troops this season after posting identical numbers in 50 games as a rookie in 2018-19.

It was the third trade of the day for the Battalion, which dealt import Martin Has to the Guelph Storm and acquired Avery Winslow from the London Knights in a pair of transactions featuring defencemen.

The Battalion sent London two OHL Priority Selection picks, a third-round choice in 2023 and a fifth-rounder in 2024, for rookie Winslow, 17. A left shot who stands five-foot-11 and weighs 179 pounds, he has one goal and three assists for four points with six penalty minutes in 28 games.

Has, North Bay’s first-round pick in the Canadian Hockey League Import Draft last June, went to Guelph for three conditional OHL Priority Selection picks, a third-rounder in each of 2022 and 2023 and a 15th-rounder in 2022.

Has, a right shot who played for his native Czech Republic in the World Junior Championship that ended last Sunday, skated with the Battalion for the first time in a 6-0 home-ice loss Thursday night to the Mississauga Steelheads.

The 18-year-old, who stands six-foot-four and weighs 187 pounds, started the season with Tappara Tampere of the Finnish Elite League after being a fifth-round choice of the Washington Capitals in the 2019 National Hockey League Draft.

London tabbed Winslow, a resident of St. Pete Beach, Fla., in the fifth round of the 2018 OHL Priority Selection from the Notre Dame Hounds midgets of Athol Murray College of Notre Dame, a private school in Wilcox, Sask. He played last season for the Wenatchee Wild of the junior A British Columbia Hockey League.

“Avery is a young defenceman who’s extremely mobile and will do a lot of things for our team moving forward,” said Battalion general manager Adam Dennis. “He uses his speed to get up the ice and takes pride in his defending.

“We look forward to having him join our talented group of young players.”

Winslow, set to arrive in North Bay on Saturday, wasn’t slated to be in the lineup when the Battalion visited the Sudbury Wolves at 7:05 p.m. Friday.

North Bay also completed a trade Thursday, sending left winger and captain Brad Chenier to Sudbury for fellow overager Shane Bulitka, a centre who was Sudbury’s captain, and two OHL Priority Selection picks, a third-rounder in 2023 and a conditional eighth-rounder in 2022.