Troops busy in week ‘off’ 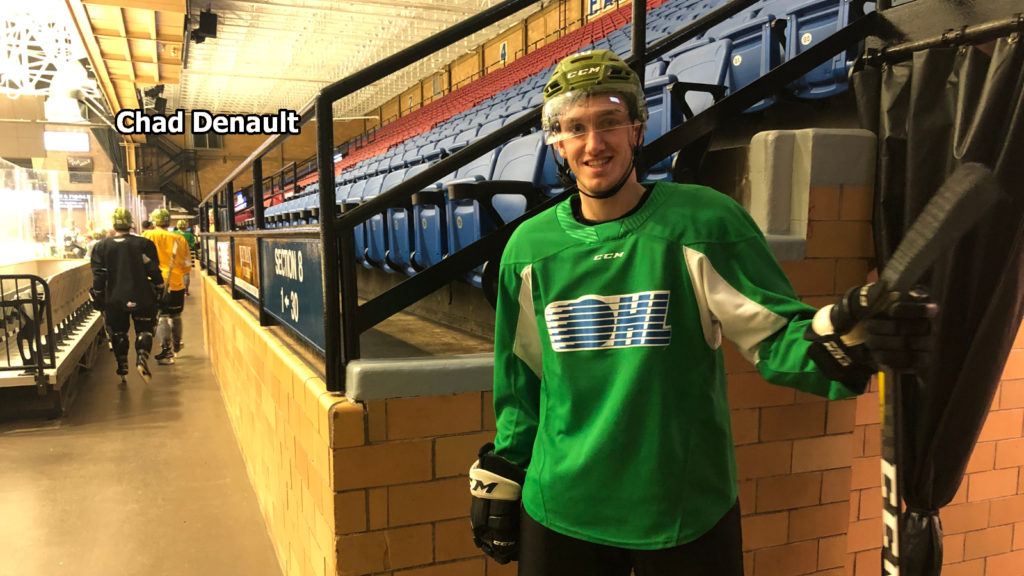 NORTH BAY, Ont. — The North Bay Battalion has been anything but idle during a rare week between games on the Ontario Hockey League schedule.

The Battalion acquired right winger Chad Denault in a trade with the Peterborough Petes on Wednesday, two days after sending centre Matthew Struthers to the Owen Sound Attack.

The Troops, whose next game is a home date with the Flint Firebirds at 2 p.m. Sunday, sent a conditional 15th-round pick in the 2024 OHL Priority Selection to Peterborough for Denault, a 19-year-old resident of Iroquois Falls, Ont.

“He’s a physical player,” said Stan Butler, director of hockey operations and head coach. “We’re hoping that he gives some of our young guys a sense of confidence, and hopefully for him, with more of an opportunity, it’s going to allow him to reach his potential. Obviously, he was a third-round pick in the league.”

Peterborough selected Denault at No. 49 overall in 2016 from the Sudbury Wolves minor midgets. In 23 games this season, he has scored two goals and earned four assists for six points with 11 penalty minutes. Starting with six games in 2016-17, he has played 152 OHL games, with 11 goals, 12 assists, 23 points and 94 PiM.

“Our last guy we picked up from Iroquois Falls really turned his game around when he came here, and we’ve got to look at possible overagers for next year, and he’s a guy that could possibly fit that,” said Butler, alluding to Ryan Kujawinski.

The Battalion, which got centre Kujawinski from the Kingston Frontenacs in a Jan. 5, 2015, trade, saw him score 21 goals and add 15 assists for 36 points in 34 games over the rest of the regular season. He netted six goals and earned three assists in 15 playoff games as the Troops went to the Eastern Conference final.

Butler, who suggested that Denault will reinforce Battalion penalty killing, also said his arrival will permit Liam Arnsby, the club’s first-round selection in April, to skate at his preferable centre position rather than at right wing.

“It all happened so fast, but that’s the nature of the game,” Denault, who skated in his first Battalion practice, told Country 600 CKAT.

“Being a northern boy from Iroquois Falls, I’m familiar with the location and it’s just great to be here. This is my third year in the league, and I have a lot of experience and I see myself as a hard-working, physical presence on the ice, so I hope to bring a little bit of a spark to these guys.”

The respite since a 6-1 loss last Sunday to the Ottawa 67’s, the third setback on a three-game road trip, affords the Troops “almost a mini training camp,” said Butler.

“It gives us five or six days to get reloaded. We’re going over video, as we always do, to see the things we do that are good and the things that are not so good. We do see good things in games, but we don’t see it for a full 60 minutes.”

North Bay has a won-lost-extended record of 5-22-0 for 10 points, fifth and last in the Central Division and conference. Flint, which visits the Barrie Colts on Thursday night and the Sudbury Wolves on Friday night, is 16-10-0 for 32 points, second in the West Division.

A six-foot-two, 205-pound resident of Milton, Ont., Struthers was a 2015 third-round pick by Owen Sound from the Halton Hurricanes minor midgets. He was expected to make his return to the Attack lineup Wednesday night against the visiting Niagara IceDogs.

The Flint game is presented by The Home Depot, which launches its annual Backyard Rink Contest, closing Friday, Jan. 17. A total of 1,000 mini-sticks will be distributed before the game, and a mystery puck sale will see one person receive a $100 gift card. Wrapped pucks will be sold for $5, all autographed in silver by a Battalion player except for the winner, in gold. Proceeds go to the Crisis Centre North Bay, through The Home Depot Canada Foundation.

Sunday also sees the start of the Battalion Kids Club, supported by King Sportswear. Open to those 12 and under, the club will offer a private postgame skate with Battalion players. Free swag will go to the first 100 members at each Sunday home game for the rest of the season.