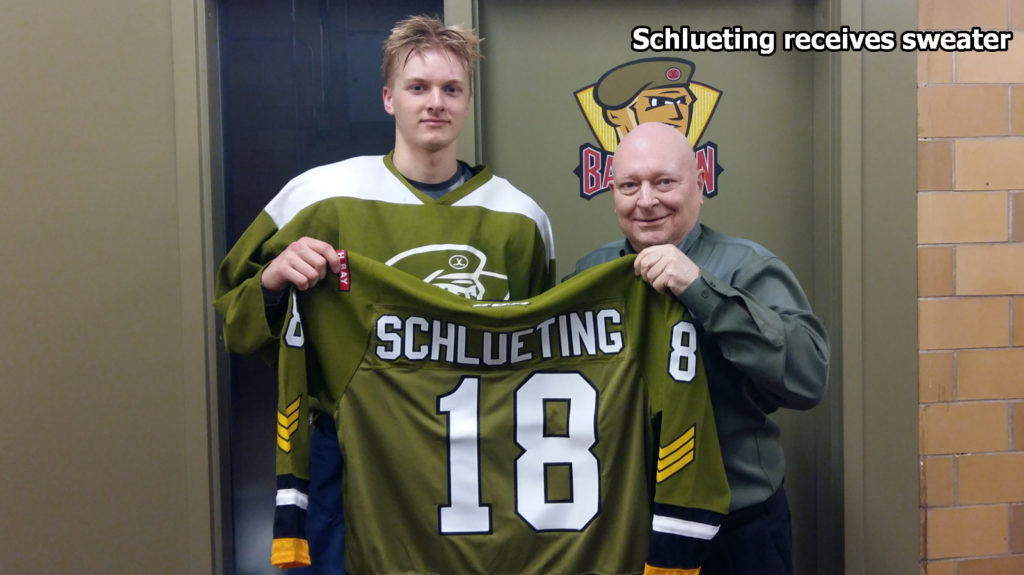 “It was great putting on the Battalion sweater,” said Peters, a Toronto resident who played last season with the Toronto Marlboros minor midgets.

“The physicality of the game was a big difference, for sure. This weekend I got hit a couple of times, but you’ve got to get right back up and play the game the way you really want to.”

Vrbetic, a Dunvegan, Ont., product, said the camp action was played at a higher tempo than he saw with the Don Mills Flyers minor midgets.

“It was much faster, and I really enjoyed it. It showed me what kind of pace I can play at, and it was a great experience overall.”

A total of 32 skaters and four goaltenders attended the camp, which opened Saturday with fitness testing and an intrasquad game at Memorial Gardens before a second such game Sunday.

“I think the biggest thing we want to see is we just want the boys to get on the ice and kind of show us what they’ve got,” said Butler, who watched the games from owner Scott Abbott’s box. “It allows us to get familiarized with the players before main camp and allows us to see what they can do and what they’ll need to do to have a chance to make the hockey team in September.

“It’s exciting. It’s really the start of the season, right? It’s the first process going along from there, so it’s exciting from that perspective. You always want to see the players and see how they do.”

Schlueting, a North Bay resident selected ninth overall from the North Bay Trappers minor midgets, received a Battalion sweater bearing No. 18 to denote the year of his selection from Abbott. Schlueting left the game Saturday after incurring a sore knee on a check but returned to action Sunday.

On Saturday, Nate Boomhower scored two goals and Campbell added an empty-netter to lead White to a 3-1 win. Carson McMillan opened the scoring for Green.