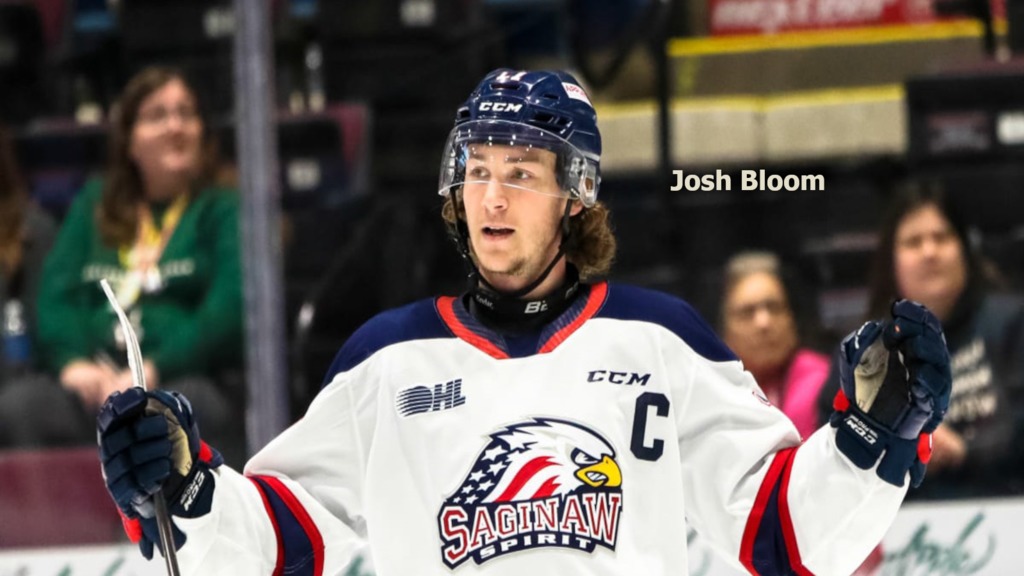 The newcomers are expected to be in the lineup when the Battalion faces the visiting Kingston Frontenacs at 7 p.m. Thursday.

A second-round pick, 30th overall, in 2019 from the Toronto Nationals minor midgets, Bloom, who stands six-foot-two and weighs 185 pounds, turned 19 on June 8. The Oakville, Ont., resident was a third-round selection of the Buffalo Sabres in the 2021 National Hockey League Draft.

Hislop, an alternate captain with Saginaw, has two goals and five assists for seven points in 19 games this season after scoring four goals and adding 10 assists for 14 points in 42 games last year.

A left shot who turned 19 on Sept. 26, Hislop was a ninth-round pick by the Owen Sound Attack in the 2019 Priority Selection from the Waterloo Wolves minor midgets. The St. Clements, Ont., resident, who measures six-foot-one and 180 pounds, was traded to Saginaw on Nov. 15, 2021, for a ninth-round pick in 2022 without having played for the Attack.

“Josh and Brayden are two players that we’ve liked for some time now,” said Battalion general manager Adam Dennis. “Both players are of high character and were captains in Saginaw.

“Josh is coming in as one of the top players in our league already. His speed, tenacity and leadership will complement our room very well. He had laid a great foundation in Saginaw. We feel like you win with players like Josh on your team.”

Dennis called Hislop “one of the more underrated players in the league.”

“He’s a very competitive 200-foot defenceman who will play big minutes for us while making us more difficult to play against.”

The 2025 sixth-rounder acquired by the Battalion originally belonged to the London Knights.

Sima, 17, scored two goals and added two assists for four points in 17 games with the Troops this season. He had four goals and seven assists for 11 points in 59 games last season after being a second-round pick, 27th overall, in the 2021 Priority Selection from the Toronto Jr. Canadiens U16s.

Gauvreau, 19, has one assist in 14 games this season after scoring one goal and earning six assists for seven points in 44 games last year. He was a 10th-round selection in 2019 from the Hamilton Jr. Bulldogs minor midgets.

“We’re incredibly grateful for the work that they’ve put in here and wish them all the best in their futures on and off the ice,” Dennis said of Sima and Gauvreau.