Troops get goalie Moran from Flint 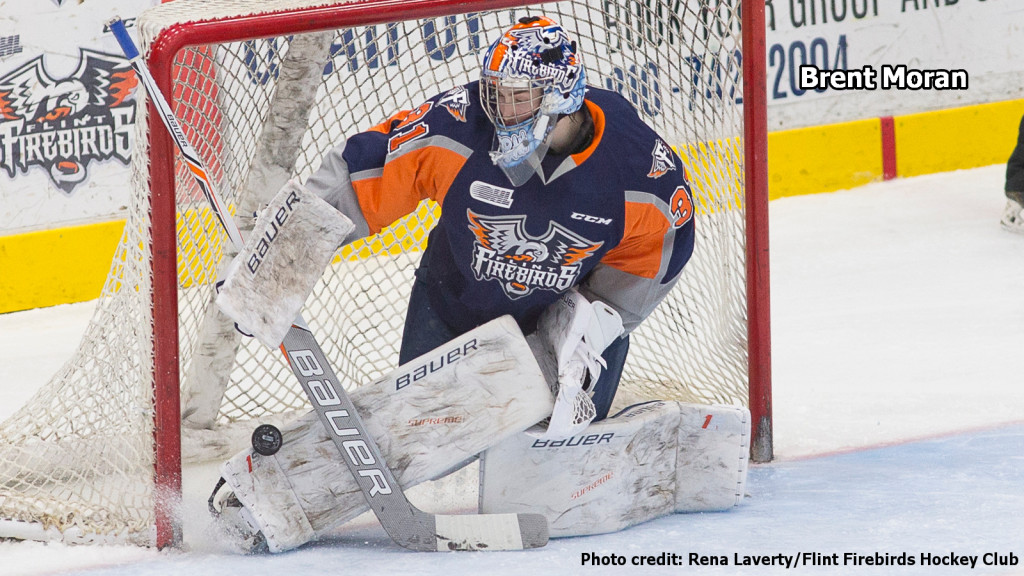 Moran, a resident of Orleans, Ont., who stands six-foot-four and weighs 190 pounds, has played four OHL seasons. The Niagara IceDogs selected him in the second round of the 2012 OHL Priority Selection and traded him to Flint last Dec. 5.

In two playoff campaigns, both with Niagara, he played nine games with a GAA of 3.26, a save percentage of .907, a won-lost mark of 3-5 and one shutout. He played all seven games in a 2014 Eastern Conference quarterfinal as the Battalion overcame a 3-1 series deficit to advance.

The Dallas Stars selected Moran in the fourth round of the 2014 National Hockey League Draft, but he’s an NHL free agent after not having been signed within two years.

“I don’t think there’s any doubt that there’s a lot at stake for him, quite frankly,” said Stan Butler, Battalion director of hockey operations and head coach, adding: “He should be a highly motivated individual.”

Jake Smith was North Bay’s No. 1 goaltender in each of the last three seasons but has completed his junior eligibility and is to play for Bolzano-Bozen South Tyrol, an Italian-based club in the Austrian League, in 2016-17. Backup Jake Kment, who would be an overager this season, is not returning.