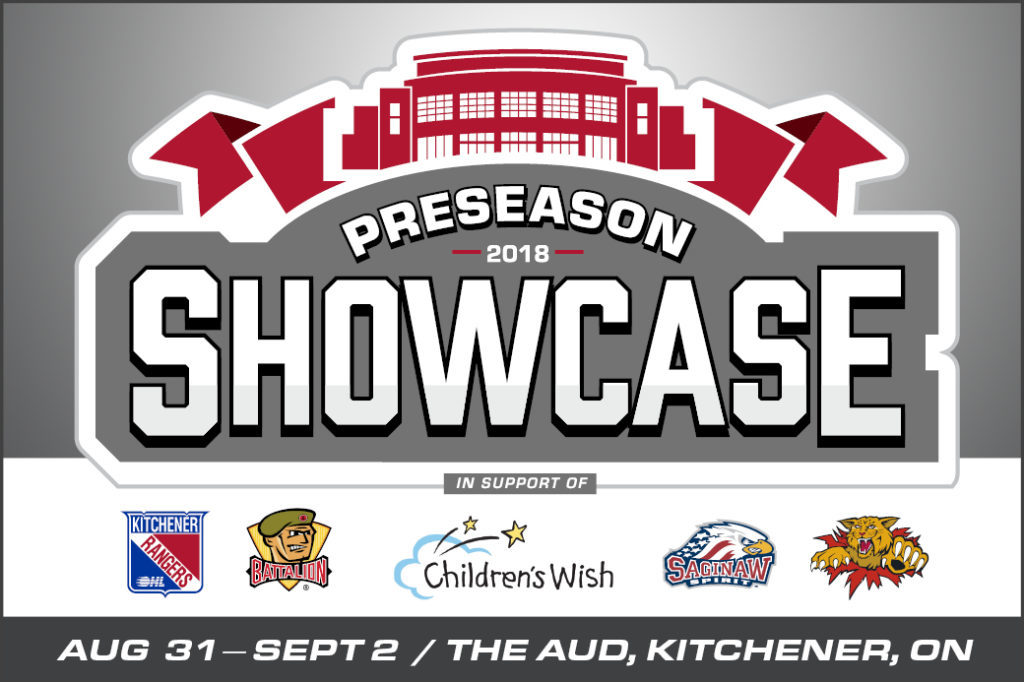 NORTH BAY, Ont. – The North Bay Battalion is one of four teams that will compete in a preseason showcase hosted by the Kitchener Rangers from Aug. 31 through Sept. 2, it was announced Tuesday.

The Rangers will be joined by the Battalion and Saginaw Spirit of the Ontario Hockey League and the Moncton Wildcats of the Quebec Major Junior Hockey League in a round-robin format.

The Battalion and Rangers played last season in a six-team showcase during the exhibition season at the HarborCentre at Buffalo. North Bay defeated Kitchener 4-3 via shootout and the Flint Firebirds 6-1, sandwiching 4-3 loss via shootout to the Windsor Spitfires. The Erie Otters and Peterborough Petes also participated.

Tickets are $10 for a weekend pass, which provides entry to all six games, or $5 per game. Seating will be general admission.

All proceeds will go to support the Children’s Wish Foundation.

“We are extremely excited to partner with Moncton, North Bay and Saginaw and kick off the 2018-19 season by hosting our own Preseason Showcase,” Mike McKenzie, the Rangers’ general manager, said in announcing the event.

“We really enjoyed our time in Buffalo last year at the HarborCenter OHL Showcase and thought this would be a great opportunity for our fans to have a similar experience, while also raising money for a great cause.

“All the games, combined with the annual fan fest and barbecue on Sunday, will be a fun and exciting start to the season for the players participating and for Rangers Nation.”

Following is the schedule: